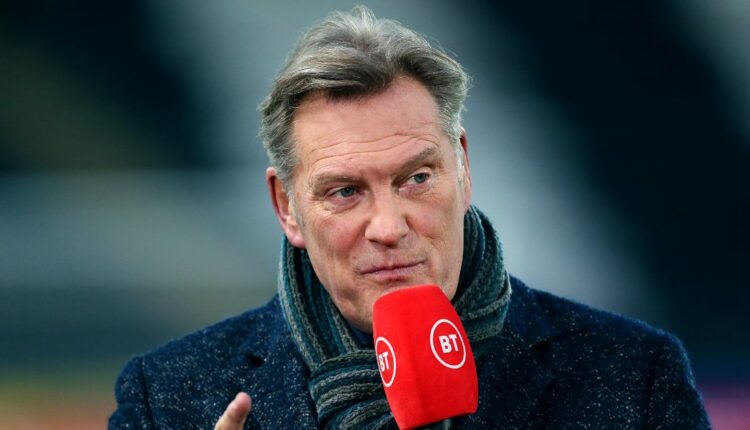 Glenn Hoddle: This Germany have ‘a little weakness’

Many English fans will have been dreading this tie the moment it was announced although, Hoddle doesn’t think this Germany side are as strong as they once were.

“I’m feeling quite optimistic,” Hoddle told Betfair. “I don’t think it’s as good as the German teams that we’ve seen of yesteryear, although there’s been spells where they’ve turned it on.

“They’ve definitely got a little weakness in them – they haven’t quite got that arrogance, that flow, that belief yet, but they did come back like typical Germans. One minute they’re fourth and going out and the next minute we’re playing them at Wembley in the last 16. That epitomises them.”

Hoddle still thinks that there’s more to come from this England team this summer but they will have to be at the top of their game to progress through to quarter finals.

“You can score against Germany, but you’ve got to defend against them. That hasn’t changed since the early 70s.

“I think we’ll be better against a better team. When a team tries to attack us and open us up more, it’ll test us defensively but I fancy us.”

A good time to play Germany

Hoddle believes that this is a good time to be playing the Germans and even went as far to say that, “I think it would be a failure if we don’t beat Germany.

“The way this German side have qualified, the way they’ve just sneaked through, they’re changing the guard with a new manager coming and it’s a good time to play them.

“We’re playing at Wembley, we can’t ask for much more.

“We’re slightly favourites going into this game – we haven’t conceded a goal and they conceded two against Hungary.”

Southgate’s system could include pace

To try to exploit some of the weaknesses in the German backline, Southgate may have to tinker with his system and approach for this game.

“This is the little bit of a conundrum that Gareth might have, because if you want to play on the counter against Germany, you would probably have to think about playing Rashford and Sancho. People with pace rather than guile and creation.

“Saka’s done brilliantly but he might want to put Foden back in with Grealish. But he might look at Saka’s pace on the break as well.

“Whatever lineup he puts out, we’ll know whether he’s looking to counter or take them on toe to toe. I hope he goes with Grealish again because I think he’ll cause Germany problems.”

Approach has to be to play the team not the shirt

Hoddle thinks that the mentality of the English players will be vital heading into this game and that they shouldn’t get too carried away.

“It’s simple: play the team, not the shirt, not the badge. If you have the mentality then it means we’re equal to these, if not better.

“They’re going to be feeling the pressure as much as us. They seem to have something over us since 1970, but it’s now time to say ‘we’re in a better shape than them, let’s go and attack them’. If Hungary can go and score two goals and nearly knock them out, we should be confident.

“We’re going to have to play well, of course, but I’m very optimistic and very happy about it.”

Kane can come alive if getting the service

Harry Kane continues to grab the headlines with the striker currently struggling for form with England, although Hoddle believes that this game could be a turning point for him.

“They have to get more crosses in, that was the only thing against Scotland and in the other games: when we did get to the byline with Grealish we score. He gets a cross in and little Sterling scores.

“Germany play quite a high line and Neuer gets away with a few things. There’s a bit of space in behind and I think Harry’s better off, for this game, off the shoulder and being the last man.”

England’s game changers can swing it their way

Hoddle fancies this game to go into extra-time and England’s substitutes could make all the difference in the later stages.

“I don’t know what the scoreline will be but I’m going for an England win in extra-time.

“I think we’ll beat them over that period of time and the subs are going to play a massive part. I’m not too worried if I see Grealish not starting. I’ve got a feeling he’ll have a big impact later in the game.

“I said at the beginning of the tournament, I think we’ve got really good game changers, like the French have got. We’re ahead of Germany on the bench.

“Fitness comes into it, the five subs come into it. We might see someone like Sancho or Rashford coming on from the bench, with their pace.”