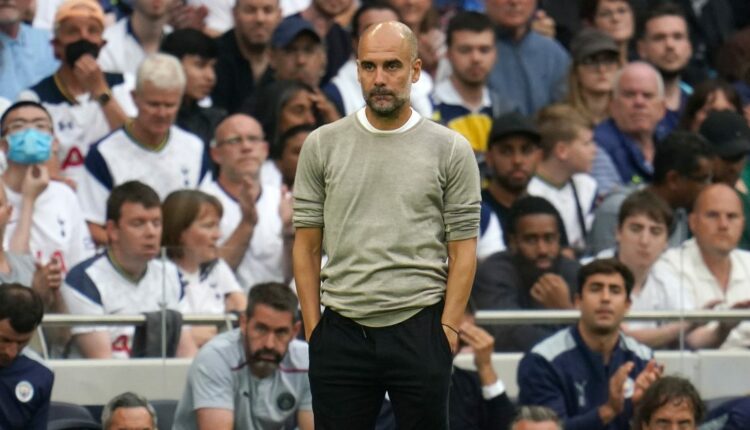 Pep Guardiola has admitted that Manchester City “weren’t good enough” against Tottenham Hotspur on the opening weekend of the 2021/22 season.

Man City started the game the better of the two sides as they had Tottenham on the back foot.

Spurs did grow it though as they caused the visitors a lot of problems on the counter-attack.

It was a counter that led to the eventual winner at the beginning of the second half.

Steven Bergwijn started the move before he laid it off to Son Heung-Min on the right-hand side. The forward cut inside on his left foot and he curled his ball into the far corner of the net past Ederson.

In the end, the hosts were the deserving winners as Son’s strike separated the sides. This is Man City’s fourth successive defeat at the Tottenham Hotspur Stadium. This run dates back to April 2019.

Guardiola was asked about his side’s showing during his post-match interview with Sky Sports (as cited by BBC Sport). He believes that his team lost possession on too many occasions:

“We started really well. We had problems in some transitions and we weren’t good enough and we conceded due to loose balls. In general, the intention to create chances we did much more but unfortunately, we were not good enough to finish them and we lose the game,” Guardiola said.

“Two days ago was the first day we were together so I know players need time to come back mentally. One more week, it’s still the beginning of the season so we need to start to win games. There are 37 more games. It is a long season ahead. We try to correct some things then after that we are going to come back with our best.”

Nuno insists Kane must ‘get ready and help’ Tottenham