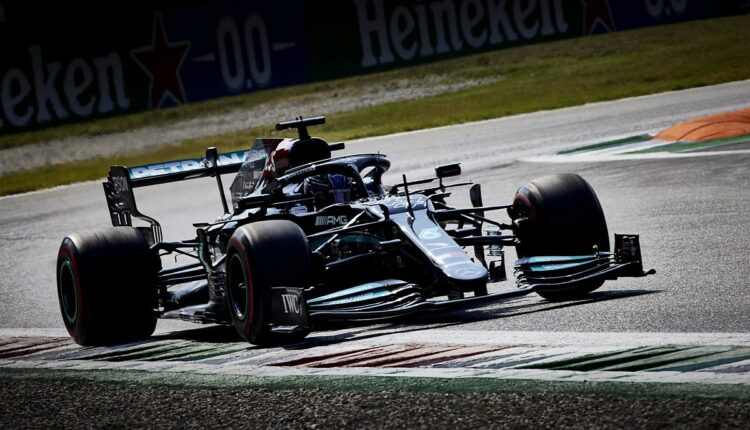 Hamilton lined up second on the grid behind Mercedes teammate Valtteri Bottas for the 18-lap sprint race on Saturday evening, giving him a chance to pick up some crucial points in the F1 title race.

But a poor getaway saw him slip behind Max Verstappen, Daniel Ricciardo and Lando Norris on the run down to Turn 1.

Hamilton had hoped to leapfrog the McLarens on the restart following an early safety car, but could not match Norris’s straight-line speed, leaving him to finish fifth.

Title rival Verstappen extended his championship lead by two points after finishing the sprint race second, and will line up on pole for the Italian Grand Prix tomorrow due to Bottas’s grid penalty.

Hamilton explained after qualifying that he had been “as aggressive as I could be” in his bid to try and catch the McLarens, but that going two millimetres too deep with his clutch paddle had cost him off the line. 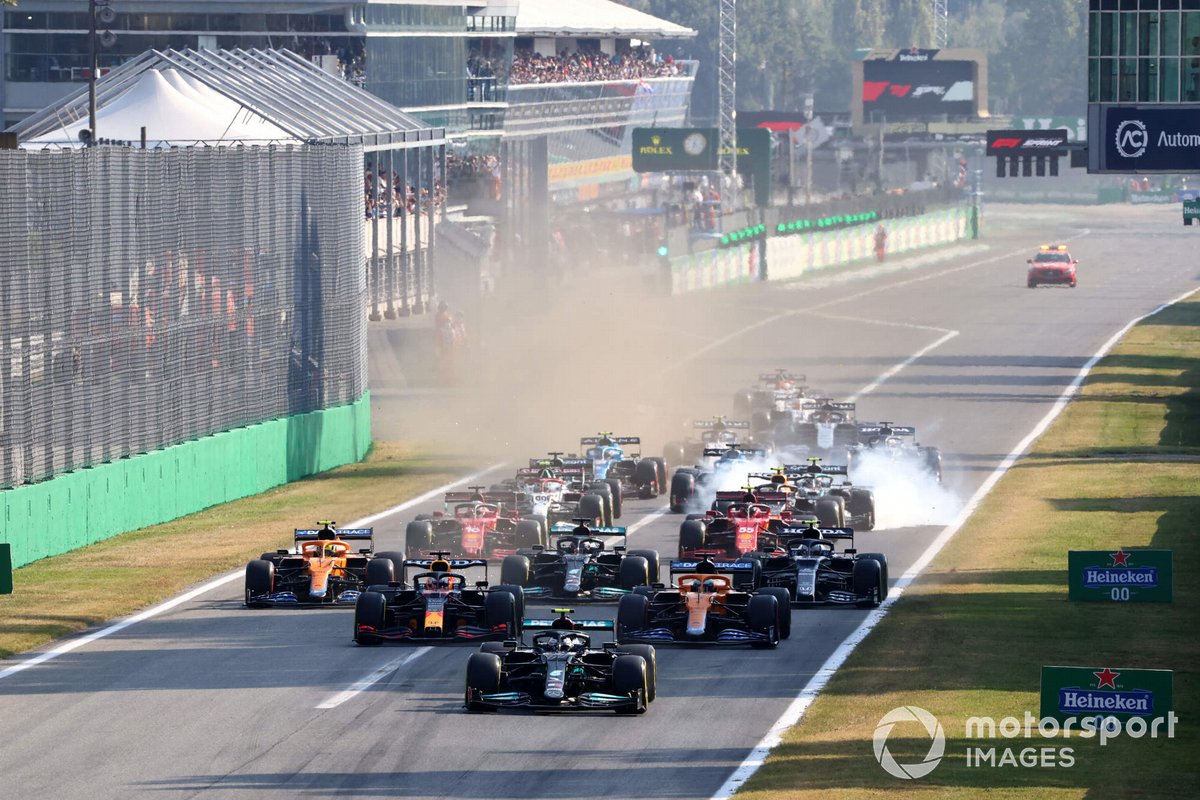 “They were just as fast [as me] on the straights, if not faster. So the start was just, broke away, [got] traction, subtle, like 2mm too deep with the clutch paddle and [had] wheelspin. That’s it.”

Hamilton will head into Sunday’s race hoping to reclaim the lead of the drivers’ championship after slipping behind Verstappen at Zandvoort last weekend. The gap between them stands at five points following the sprint race.

Hamilton will line up fourth on the grid thanks to Bottas’s penalty, but doubted he would be able to take the fight to Verstappen if he did not clear the McLarens of Ricciardo and Norris early on.

“Tomorrow is highly unlikely, but not impossible, that we could get the win,” Hamilton said.

“We of course will be working as hard as we can to try. I think it’s damage limitation at the moment.

“It generally should be a relatively easy race for Max, unless I can get past the two McLarens early on and then challenge him.”