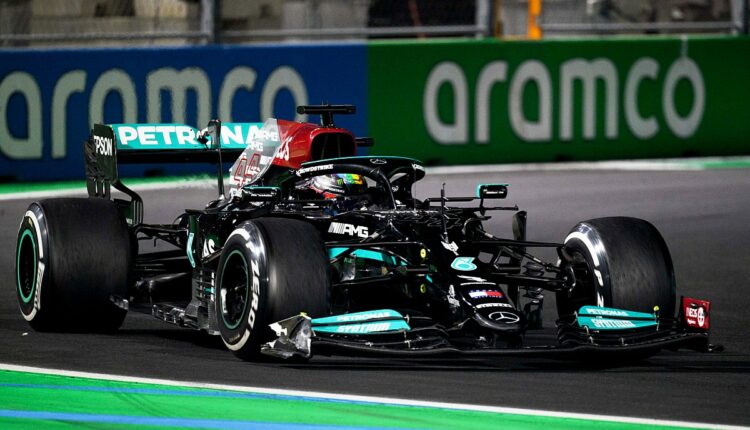 Hamilton’s front wing had taken a double battering in the Jeddah race on Sunday, following a clash with Esteban Ocon at the restart and then having run into the back of Max Verstappen’s Red Bull.

The loss of performance was notable on the Mercedes pitwall, with its data suggesting that the downforce deficit from the two strikes was costing Hamilton nearly half a second.

Mercedes trackside engineering director Andrew Shovlin said that the two incidents had had varying impact on the wing performance.

“We started off with probably only a tenth or two, after he got sandwiched and Esteban rode over it,” said Shovlin. “We were quite lucky that it just sort of seemed to hit the road. So we lost a few bits but no more damage.

“But after Max, we then lost the whole side of it: so you’re getting up nearer four-tenths of performance.” 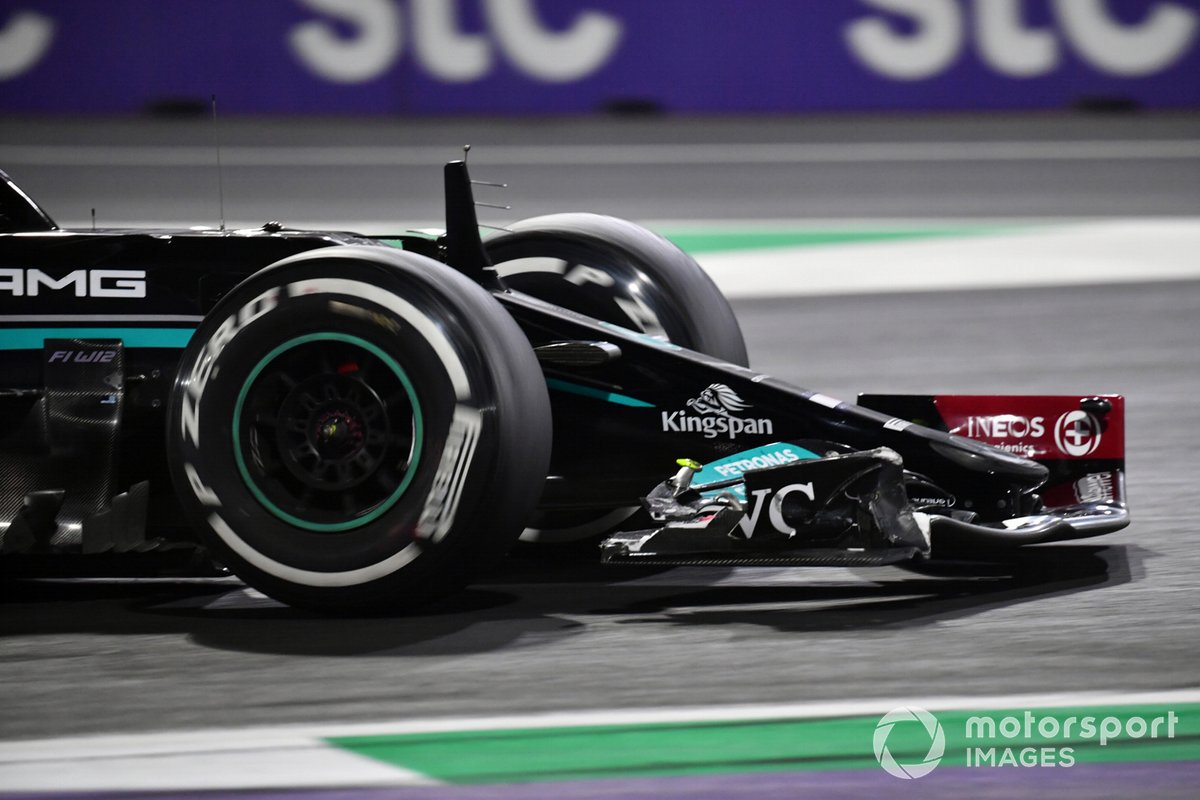 Despite the damaged wing, and the clear risk that pushing hard could result in it suffering a further breakage, Hamilton pushed on to deliver both the win and the fastest lap.

Reflecting on the world champion electing to go for the extra point, Shovlin said that Hamilton was probably not aware of how much his front wing had been affected.

“He’s very determined,” added Shovlin. “At the time, we were very much in two minds.

“We were seeing other people struggling with the tyres, and we could see that the wing was most definitely not guaranteed to stay on the car after the evening that it had had.

“And it’s a difficult decision between, do you go for the point – and Lewis knew well it would put him level [on points] – or do you play it safe?

“Ultimately, Lewis was the one who took the decision, and that decision was probably aided by the fact he can’t actually see the front wing, because if he was actually watching the TV like we were, he may have thought better of it.”

Design an Office that People Want to Come Back to