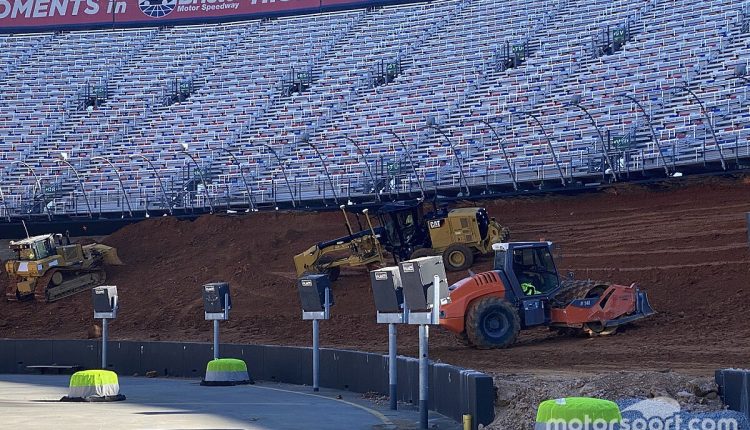 Four 15-lap heat races will be held on Saturday, March 27, for both the Cup and Truck series races to determine the starting lineups for each main race.

The Truck series has run one dirt series race each season from 2013 through the 2019 seasons at Eldora Speedway. Last season’s dirt race was canceled due to the COVID-19 pandemic.

The Cup series last ran on dirt in September 1970 at the N.C. State Fairgrounds, won by Richard Petty. The Food City Dirt Race will take place at 3:30 p.m. ET on Sunday, March 28.

“On Saturday, fans will be treated to some intense 15-lap heat races in both series during Bush’s Beans Qualifying, which will set the starting grids for the Food City Dirt Race and the Pinty’s Truck Race on Dirt,” said Jerry Caldwell, executive vice president and general manager for BMS.

Both series will also conduct a pair of hour-long practice sessions on the track on Friday, beginning at 3:05 p.m. ET

On March 3, NASCAR released more info on the procedure. A random draw will determine the starting lineup for each heat race.

Each heat will be 15 laps with only green-flag laps counting. There will be no overtime attempts.

During the heats, drivers will score ‘passing points’  which will help to determine the starting lineup for the main along with their final finishing position. Here’s how that will work:

BMS is instituting procedures to reduce contact and crowd density as guests and competitors purchase tickets, enter the grounds, enjoy the event and depart the facility. Face coverings will be a required accessory in high-traffic areas inside and outside the stadium for all guests who attend.

The “Mask Up” campaign is part of an important initiative by BMS that strongly encourages the public to wear face coverings, not only when they are visiting the speedway, but also when they are out in the surrounding communities as well, to help reduce the spread of COVID-19.

Protected: Get the new TCL 20 Pro 5G with Koodo and score a 55 inch TV