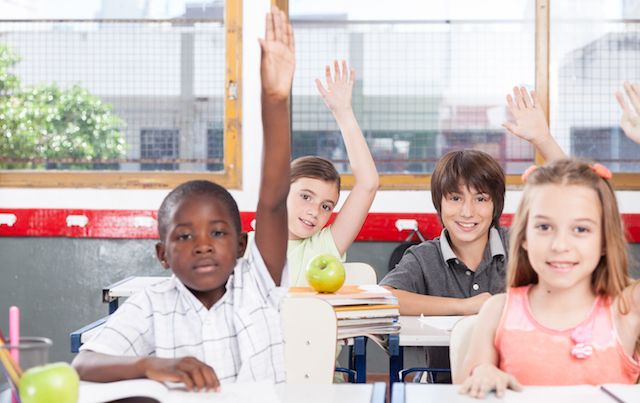 How to Talk about Ethical Issues in the Classroom

Research suggests a helpful, three-part framework for discussing issues of right and wrong.

Issues of right and wrong come up in classrooms all the time, and it can be hard to know how to deal with them. Punching a classmate is obviously a different kind of “wrong” than disrupting a lesson by yelling out an answer, yet these are both things that students shouldn’t do. And that’s not to mention the moral questions that can arise when studying history, science, or literature.

How should we think and talk about these kinds of issues with our students?

Studies reveal that people across cultures, including children as young as three years old, make social judgments that can be categorized into three “domains,” or types of knowledge. This can be a different and useful way of thinking about rules and “right vs. wrong”:

Of course, many real-life issues are multifaceted, with components from more than one domain. For example, in many societies, the legalization of same-sex marriage involves conventional as well as moral and personal factors.

What happens when two domains, such as morality and convention, seem to conflict? If people are prioritizing different domains in regard to the same issue, it may be hard for them to agree or even communicate. This is one reason why moral development is important: When students learn to understand and balance different considerations that play into moral issues, they can make better decisions and work with others on resolving problems in more fair and caring ways.

How can this framework be applied in the classroom, help foster social and moral development, and sort out conflicts and misbehavior? Here are three concrete suggestions.

1. Respond to transgressions in the appropriate domain

If a student breaks a moral rule—for example, by hitting or insulting another student—don’t just say, “That’s against the rules.” It doesn’t hurt to remind students that behaviors like these contradict classroom or school rules (if they do), but it’s also important to reiterate why there are rules about these kinds of things—namely because they hurt people.

On the other hand, if a student breaks a conventional rule—such as by speaking out of turn—don’t respond with moral language (e.g., bad, wrong, hurtful). Instead, emphasize norms and classroom order by saying something like, “Remember, we agreed to raise our hands to keep our classroom calm and organized.”

Studies with third- to ninth-graders have shown that students evaluate teachers more positively when their responses to classroom incidents match the domain of the transgression. In other words, students can tell something is off if a teacher indicates that it is morally wrong to break a conventional norm, or that it is wrong to hurt someone simply because it is against the rules.

2. Integrate the different domains into the curriculum

Consider the subject matter you’re teaching through the lenses of the different domains. For instance, students in an American history class could be prompted to think about an issue like women’s suffrage from both a moral point of view and a conventional one. You could discuss fairness and justice—e.g., whether it is fair for one group of people, but not others, to have a say in policies that affect everyone—as well as the changing role of women in everyday life—e.g., how suffrage coincided with increases in women’s economic and political power.

It may be easiest to imagine incorporating this kind of discussion in a subject like social studies, but domain lenses could be applied in many other subjects, as well, such as science and technology, language arts, foreign languages, or even P.E. In sports, for example, some rules are there to prevent harm or ensure fairness, while others are conventional, serving to keep games organized and keep all the players on the same page.

In support of this approach, research indicates that teaching with attention to the different social domains of academic content helps develop students’ capacities for critical moral reflection. In one study, conducted in eighth-grade English and American history classes, teachers either framed everything as moral, treated all topics as conventional, or incorporated both perspectives as appropriate.

When assessed later, students in the conventional group didn’t pay as much attention to the moral implications of situations, while those in the moral group mostly didn’t consider the social-conventional ramifications—which, in real life, can be very important. Only the students in the third group, who were guided to consider both domains, were able to coordinate between them in their reasoning.

When covering a potentially controversial topic like colonization, nuclear power, or race in Huckleberry Finn, for example, ask students not only to formulate their own opinions but also to share with classmates and respond—specifically and respectfully—to others’ thoughts.

Gaining a better understanding of how others see the world and why they make the judgments they do can help students develop their cognitive skills, including the ability to break arguments into parts and to articulate why they agree or disagree with certain parts. It can also develop their moral insight as they learn how different interpretations of reality inform people’s judgments and how circumstances affect people different from themselves.

A recent study with middle school social studies classrooms in Oakland showed that students who were taught how to engage in “transactive discourse”—a type of discussion in which students reason about each other’s reasoning, by (for instance) agreeing or disagreeing with something a classmate said, then extending or qualifying their statement—improved their abilities to reason about both morality and convention and to integrate the two.

Especially now, as our world seems to become both more connected and more divided every day, the ability to think and talk with others about ethical issues is more important than ever. As educators, it may not be our job to give students all the answers about right and wrong. But we can raise questions, and we can offer tools to help students in constructing their own answers.

Emily Campbell is the research associate for the Greater Good Science Center’s education program and a Ph.D. candidate in education at UC Berkeley.

Ways to Reignite Your Passion for Teaching