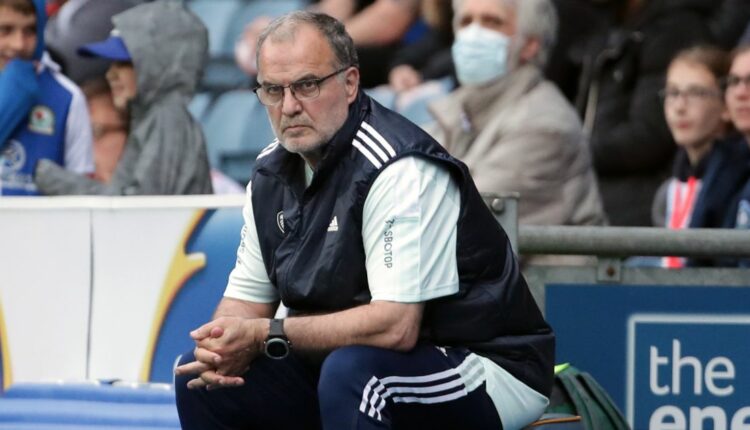 Wesley Jobello “wasn’t a big fan” of Leeds United boss Marcelo Bielsa during their time together at French outfit Marseille.

The former Argentina manager is a demigod on the streets of Leeds after leading the club back to the Premier League in 2020 for the first time in 16 seasons.

They had a brilliant first season back in the top flight too as the Yorkshire side finished ninth, two points behind Arsenal.

The most expensive XIs ever in the top five European leagues

Bielsa has a unique set of training methods which tend to push his players to their maximum but there are some who aren’t a fan of those techniques.

Jobello, who was at Marseille under Bielsa, is one of those players, he told FootMercato: “Personally, I wasn’t a big fan of Bielsa.

“At the beginning, we were told that all the young players would start again before the professionals to do a mini-detection over a week. I’ve never seen that.

“At the end of the week, we had no results. With time we realised that he was testing his exercises on the youngsters to do them with the pros.

“The best ones were showing the pros. Sometimes I was there, and when the pros came, I stood aside and watched.”

Meanwhile, it is becoming more and more common to see children supporting one of the top ten teams in the world rather than their local side.

And that is something Leeds boss Bielsa, who managed Newell’s Old Boys and Velez Sarsfield back in Argentina, finds hard to stomach.

“Love has to be with your own, with what is local, with what is within reach. There are five or ten teams in the world; who is going to pay attention to what is their own?”

On his joy at seeing Lionel Messi – who has left Barcelona – win the Copa America this summer, Bielsa added: “I felt enormous joy for everyone.

“For him, who persevered, fought, endured, hoped and triumphed, and that is a countercultural message. We live in the culture of the immediate and Messi, for not having won, suffered all kinds of attacks.

“I felt very proud, I felt represented, I felt a part and I was genuinely happy.”

A Pickford error? Summer is over and the season is here

What do you want to see in Google’s rumoured foldable?