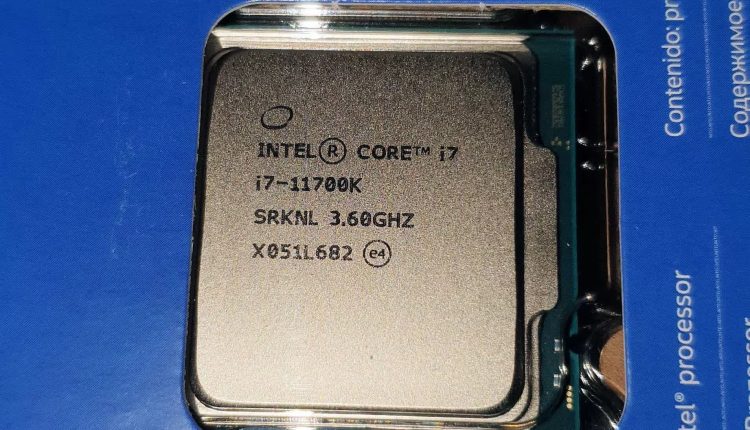 In brief: Intel’s Rocket Lake desktop CPUs are expected to launch later this month, and it looks like they are indeed a little faster than Comet Lake on the desktop. Whether or not they’ll justify their price is a different story that only time will tell.

Last month, we got a first look at Intel’s Rocket Lake CPUs thanks to someone at lab501 who was able to get their hands on a Core i7-11700K engineering sample. We didn’t learn too much from that other than the fact that Rocket Lake has the potential to be a great gaming CPU, but not exactly the best nor the most efficient.

Intel has been pushing microcode updates to motherboard vendors, but AnandTech found little to no performance improvements, while peak power in AVX2 workloads was significantly higher than AMD’s Ryzen 7 5800X CPU. Even if things stay the same on launch date, the company will try to entice gamers to upgrade by bundling Hitman 3 with Rocket Lake processors.

In the meantime, the presentation slides for Rocket Lake’s launch event have leaked online, which seem to indicate that Intel will artificially limit the RAM controllers on CPUs other than the flagship i9-11900K in order to justify the higher price for enthusiasts looking to buy the best consumer Rocket Lake SKU, which is also expected to come in a redesigned retail box.

According to leaked CPU-Z benchmarks, the performance difference between the Core i7-11700K and the Core i9-11900K is negligible, with both scoring around 715 to 720 points on the single-threaded test. This is better than AMD’s Ryzen 9 5950X, which scored close to 660 points, indicating that the two Intel chips could compare favorably — at least in some synthetic benchmarks. At the same time, the Core i9-11900K falls slightly behind AMD’s 8-core Ryzen 7 5800X in the multi-threaded test, which is not a good sign.

In the leaked slides, Intel says the Core i9-11900K is anywhere from eight to 14 percent faster than the i9-10900K in gaming workloads. One possible explanation for Rocket Lake’s less-than-impressive performance — especially in comparison to Comet Lake — is that Intel is using an architecture it developed for its new 10 nm SuperFin process node before deciding on using the existing 14 nm process technology.

We’ll know more about Comet Lake on March 18, when Intel is expected to offer a “first look at the new Tiger Lake H-series notebook and Rocket Lake desktop processors,” which might show some interesting bits about Resizable BAR on the new platforms and whether it brings any significant performance gains.