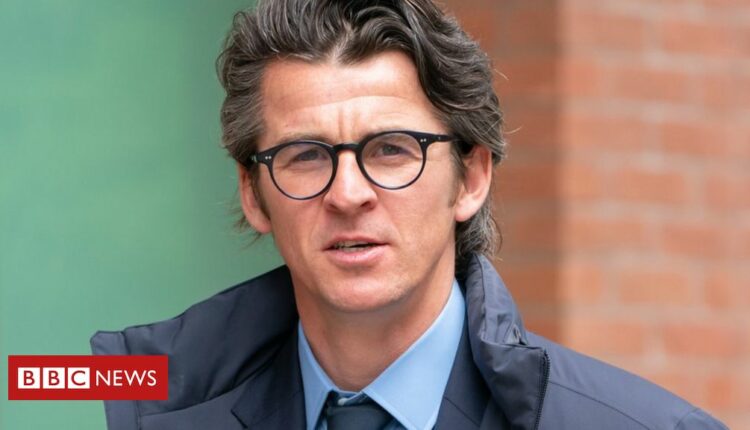 image captionMr Barton is the manager of League Two side Bristol RoversFormer Premier League footballer Joey Barton has denied attacking his wife, leaving her with a head injury.

The Bristol Rovers manager is charged with assaulting Georgia Barton by beating in Kew, London, on 2 June.

He allegedly grabbed Mrs Barton by the throat and kicked her in the head outside a property where they had been with two friends, the court heard.

He spoke to confirm his name, date of birth and address.

The court heard Mrs Barton was left with a bloody nose following the altercation.

Mrs Barton then called the police and asked for her husband to be removed from the property, the court heard.

Mr Barton was released on unconditional bail until his trial at the same court on 16 December.

Bristol Rovers, who were relegated to League Two last season, declined to comment while legal proceedings were ongoing.

The former midfielder played in the Premier League more than 250 times for Newcastle United, Manchester City and Queens Park Rangers.

He then moved into management, starting off with Fleetwood Town from 2018 to 2021, before joining Bristol Rovers earlier this year.