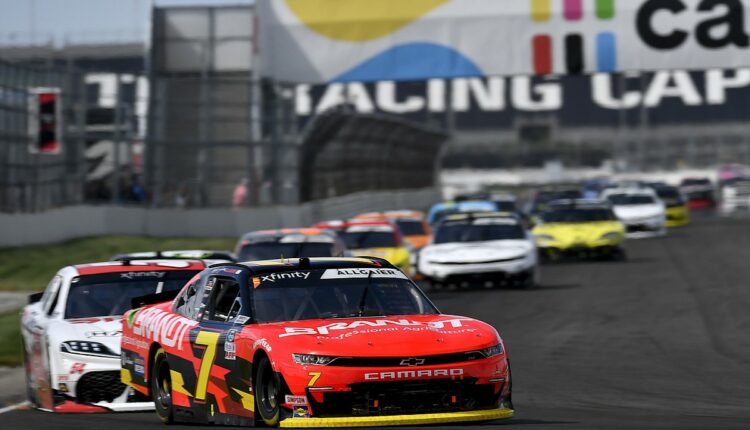 Justin Allgaier to return to JR Motorsports in 2022

JRM announced Tuesday that Allgaier, 35, and his longtime sponsor BRANDT would return in 2022, which will be Allgaier’s seventh season driving the No. 7 Chevrolet.

BRANDT will serve as primary sponsor in 20 races with sponsorship for the remaining races to be announced at a later date.

“This business is all about relationships,” said Kelley Earnhardt Miller, JRM’s general manager and co-owner with her brother, Dale Earnhardt Jr.

“We’ve developed an outstanding partnership with Rick (Brandt), Justin (Allgaier) and the entire BRANDT organization over the years. Having BRANDT and Justin back for a seventh season to build on our success is a special opportunity.”

Allgaier has been a perennial title contender since joining JRM in the 2016 season and has advanced to the series championship race in four of the last five seasons. He finished a career-best second in the series standings last year. Also, 13 of Allgaier’s 16 career Xfinity wins have come with JRM.

With one race remaining before the start of the 2021 playoffs, Allgaier has two wins and is third in the series standings.

“I’m really happy to be returning to JRM next year and to keep the relationship going with BRANDT Professional Agriculture,” said Allgaier. “As each year goes by our relationship continues to get stronger and stronger where we feel like we are a family.

“I’m extremely proud of everything we have been able to accomplish, both on and off the track, and I know that it will only continue to get better. Our goals remain the same, and that is to go out and win as many races as we can and bring home that Xfinity Series championship.”

Ilott says Portland experience will pay off at Laguna Seca