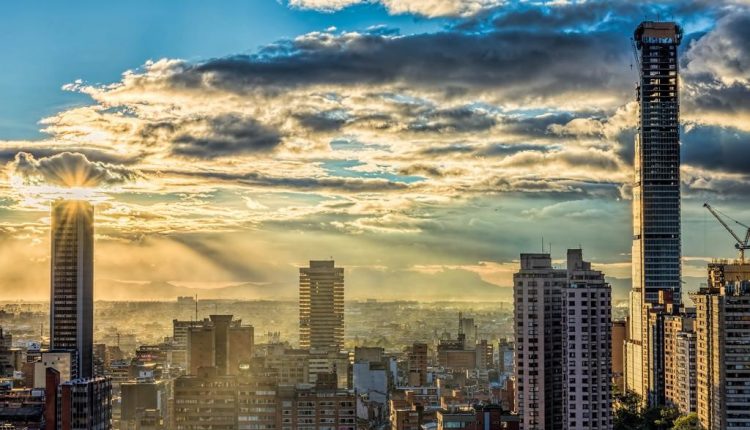 From Cuba to Colombia, we take a look at some of Latin America’s most impressive and innovative mega-projects!

Ask anyone what they know about Panama, and the word ‘canal’ is sure to follow! The original Panama Canal, one of the great feats of human engineering, was completed in 1914 – linking the Atlantic and Pacific oceans and creating an essential shipping route. As cargo ships grew steadily larger and international shipping routes became busier, however, it soon became clear that an expansion – in the form of a third, larger set of locks – was necessary. Interestingly, an expansion was first proposed in 1939, and excavations by the US started, before the beginning of World War II forced it to be abandoned.

The new set of locks allow larger vessels – called Post-Panamax ships – to access this vital shipping route and measure an impressive 180 ft (54.86 m) wide, 1,400 ft (426.72 m) long, and 60 ft (18.29 m) deep. Located at both the Atlantic and Pacific ends of the canal, the new locks are some 70 feet wider and 18 feet deeper than the original set, which still functions to allow smaller vessels through. A massive new excavation allowed for the creation of a second traffic lane, essentially doubling the canal’s capacity.

About 60 percent of cargo passing through the Panama Canal is headed to or from the United States, meaning the US also benefits from the expansion. Panama has built its entire economy around the canal – which connects Asia, North America, and Europe. During construction, it was estimated that between 35,000 and 40,000 new jobs were created. Extremely large vessels, such as liquefied natural gas and other bulk vessels can now also utilize the route, reducing the transit times and operating costs associated with traditional routes.

Started in 1999, the Colombian capital of Bogota has been the scene of a remarkable transformation process. Some of the main focus points have been developing the downtown area, radically improving public transport, restoring historic buildings, creating public spaces and housing, and generally making the city more sustainable.

At the end of 2018, after 26 months of construction and a cost around $100 million US, Bogota got a novel new form of transport too – a cable car. Known as TransMiCable, the cable car connects travelers from the south with the city’s TransMilenio articulated bus system. TransMiCable is able to carry 7,200 passengers every hour, reducing resident’s commute times to a mere 15-minute journey.

It aims to provide residents with easier access to the capital city’s center, and it’s hoped that as with similar installations in Cali, Manizales, and Medellin, this improved social integration will help reduce poverty and violence in the poorer neighborhoods.

Another innovative solution employed by the Institute of Urban Development was the use of large existing stockpiles of waste asphalt to repave streets. Through the use of geocells – known locally as geoceldas – authorities were able to reuse this waste product, cutting down on costs as well as hauling to and from the asphalt processing facility. This more sustainable solution proved so successful that it was then rolled out to an additional 50 streets in Bogota.

With a capacity of over 80,000 spectators, Estadio Monumental “U” (literally monumental stadium) is still the largest stadium in all of South America – a title which it has held for almost 20 years. Its unorthodox design, which places executive boxes on top of the regular stands, gives it a particularly distinctive look.

It was officially opened in July of 2000 with a match between Universitario and Sporting Cristal. Estadio Monumental was designed by Uruguayan architect Walter Lavalleja Sarriés to comply with FIFA’s manual of technical specifications for World Cup finals.

Mariel in Cuba is the site for not just one, but five interesting development projects currently underway. The biggest of the five – the Mariel Deep Water Port – has a whopping budget of $900 million, intended to attract shipping and investment from all over the world. Operated by Singapore’s PSA International, the project is a joint venture by more than 20 countries, including Brazil, Spain, Mexico, and the Netherlands.

The Mariel Special Economic Development Zone, essentially a free trade area, will offer investing companies attractive tax incentives. 25 acres of land has been set aside for a BrasCuba factory, and a joint Unilever-Intersuchel factory is currently being built. Finally, several international firms are also looking at building solar farms in the Mariel area.

‘My heart is flooded with longing for our leader’