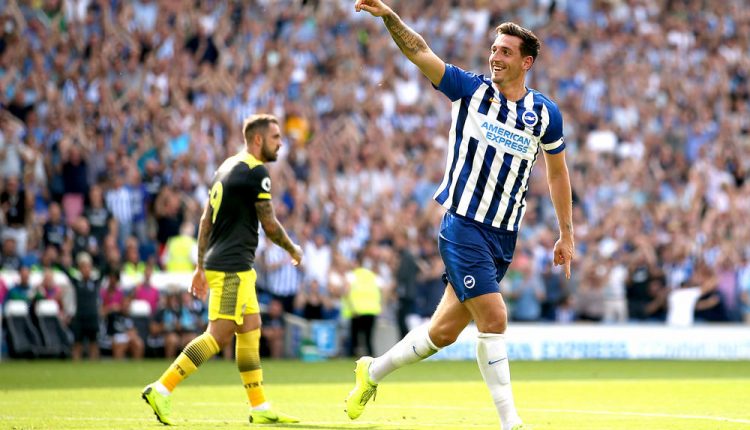 Leandro Trossard reluctant to celebrate goals due to VAR

Brighton winger Leandro Trossard says he has become reluctant to celebrate immediately after a goal is scored due to the threat of VAR intervention. Albion had a goal correctly ruled out following a review for the second successive week when captain Lewis Dunk was denied by an offside decision during Saturday’s 2-0 loss to Southampton.

Trossard had a debut volley disallowed in similar circumstances against West Ham last weekend. The 24-year-old, a summer signing from Belgian champions Genk, admits technology checks are curbing his initial joy when the ball hits the net. “I knew not to celebrate after last week and I could tell by the players’ reactions that something wasn’t right and it was clear they were going to review it,” Trossard said of Dunk’s first-half header. “We haven’t had luck with VAR decisions so far but we must accept that and fight for a positive result and not let it affect our performance. “We reacted very well to the sending off (of Florin Andone) and disallowed goal – if we maintain that level then the luck will come our way along with the wins.”

While Trossard’s strike against the Hammers was overturned by VAR, Dunk’s header was chalked off after referee Kevin Friend checked to confirm that Brighton defender Dan Burn was in an offside position and impacting Saints goalkeeper Angus Gunn. Albion played for an hour with 10 men at the Amex Stadium after Andone was dismissed for a reckless challenge on Yan Valery. Second-half strikes from Moussa Djenepo and Nathan Redmond then earned Saints a first win of the season.

Andone has now been shown a red card, five yellows and served a retrospective three-match ban for an elbow in just 30 appearances for Albion, and Brighton boss Graham Potter admits the Romania international needs to control his temperament. “He’s an emotional guy, tries his best for the team but of course it’s managing that state,” said Potter. “It’s not a good action. It’s one of those things that happens but it’s something he probably needs to work with.” Saints boss Ralph Hasenhuttl believes goalscorer Djenepo has the potential to become a “big star” and could eventually net his club a hefty profit.

The Mali winger cost a reported £14million from Standard Liege in the summer and repaid part of that fee by curling home just 78 seconds after coming off the bench for his second cameo appearance. Austrian Hasenhuttl is a long-term admirer of the 21-year-old and feels he can flourish at St Mary’s. “In the winter we wanted to sign Moussa but it was not possible,” said Hasenhuttl. “We stayed working on this transfer and it’s important for the player that he sees we really want to have him and the philosophy we want to play. “I think it fits good to him because we try to transition quick forward and that is one of his biggest qualities and that’s the reason why he decided to come to us. “If you pay a lot of money – and for us this transfer fee was a lot of money – then you must do it in a player that gives you maybe the fantasy that he is one time a big star and then we get a lot of money for him.”

The 10 best centre-backs in the world Tottenham have decided the minimum price they are willing to sell Christian Eriksen for this summer What the hell happened to Alexis Sanchez? How the fireball footballer extinguished over time