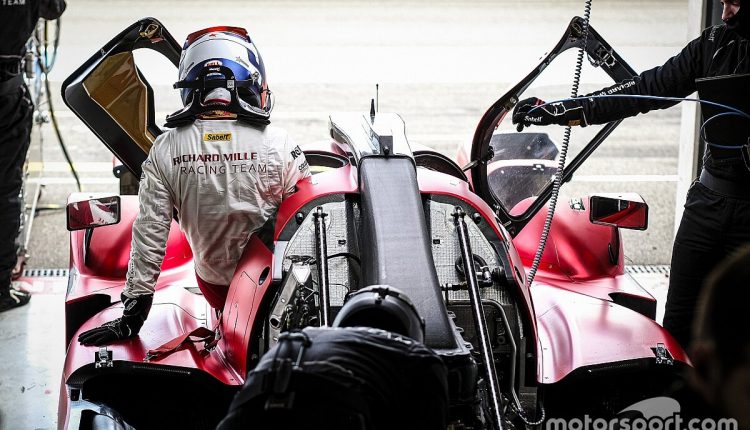 Leaping into the unknown at Le Mans with Richard Mille Racing

In a season blighted by the coronavirus pandemic, the traditional Le Mans Test two weeks before the race was cancelled, while the bulk of practice and qualifying was condensed into a single day. To make matters a little more complex for the team founded by FIA Endurance Commission president Richard Mille, drivers Tatiana Calderon, Sophia Floersch and Beitske Visser had never shared a car together before.

This article is brought to you by richardmille.com

Fortunately, the first all-female prototype line-up at Le Mans since 1991 could call on the experience of Phillipe Sinault’s crack Signatech outfit to guide them through the jewel in the endurance racing calendar and, sure enough, they finished a trouble-free ninth in class, laying promising foundations for its return next year.

Class winners of the 2018 and 2019 editions of the 24 Hours with an identical Alpine-badged machine, Signatech has run the 4.2-litre V8-powered prototype since it was introduced in 2017 so there are few better qualified than Sinault’s squad to guide the FIA Women in Motorsport Commission-supported trio through its nuances.

“We are used to working with rookies,” says Sinault, who notes that the trio is no different to work with than any of their male counterparts. “Back in 2016 we had good success in LMP2 [winning the World Endurance Championship title] with two rookies in Gustavo Menezes and Stephane Richelmi.

“Now with these three girls, we have achieved the first level we expected at the end of this year. They proved to everybody they have a place in this endurance platform and are able to perform well. The foundation is there now and for sure I will not be surprised next year if they are in the top five on a regular basis.” 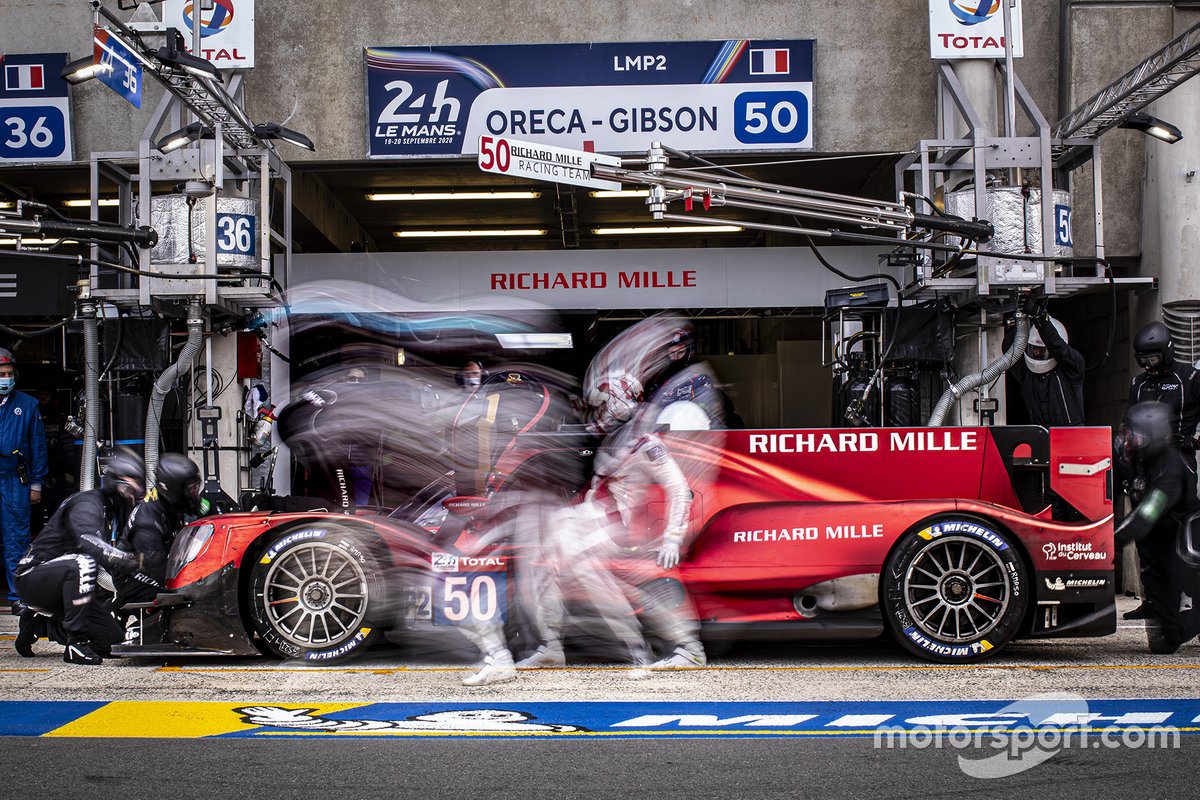 All three Richard Mille Racing drivers had a steep learning curve in acclimatising to the ORECA – which maxed out at 330 km/h in low-drag trim on the Circuit de la Sarthe’s Mulsanne Straight – even if Calderon found it’s downforce level yielded comparable performance in high-speed corners to the Formula 2 Dallara she raced in 2019.

“Certainly it’s a bit more difficult to drive in slow-speed corners I would say because of the [extra] weight,” says Calderon, whose only previous sportscar experience came in a Lamborghini GT3 car at the start of 2020. “I’ve been impressed with how challenging actually endurance racing is because you have to adapt so quickly to all the different circumstances. It’s a lot more complex than I initially thought coming from single-seaters.”

Indeed, there are multiple considerations for the Richard Mille Racing drivers to manage during their stints, from picking off myriad slower LMP3 (in European Le Mans Series rounds) and GT cars each lap, to tyre and fuel management, plus a greater variation in track conditions from daytime into night.

But while Calderon at least was installed from the start of the ELMS season at Paul Ricard, joined subsequently by W Series race-winner Visser after a leg-breaking test crash for team ‘captain’ Katherine Legge, Formula 3 racer Floersch only made her Richard Mille Racing bow a matter of weeks prior to Le Mans in the Spa ELMS round due to clashes between her two programmes.

Having last driven with a roof over her head in Ginetta Juniors, the 19-year-old had little idea of what to expect, but found the most alien element to be the sensitive power steering which required her “to be a lot more careful” with inputs to preserve tyre life – not easy given the vagaries of multi-class endurance racing means almost every lap involves overtaking.

“You’re pushing every single lap 100 per cent the whole time you’re in the car,” she says. “It doesn’t matter where you are, you have all those slower GTs and LMP3s which you still have to handle and overtake as quick as possible. I was always happy when I had one clean lap; especially Portimao was a hell of a ride, talking about traffic!” 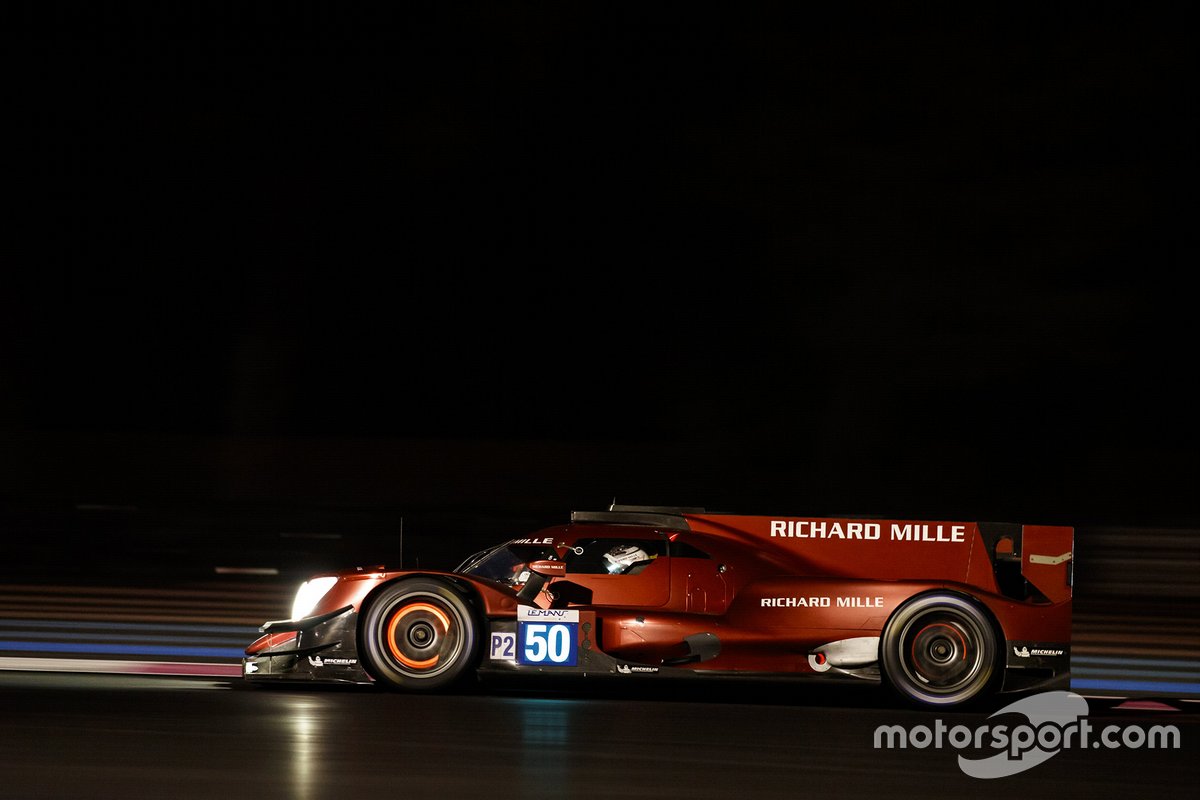 As an inevitable product of the pandemic, Sinault explains that the Richard Mille Racing team’s testing programme wasn’t as extensive as initially hoped – “they learned a lot immediately only on races,” he says – but the drivers quickly impressed the team boss with their “clever mindset”.

“The girls have a strong brain,” he says. “They understood immediately the key points of the game of endurance. For sure the girls are fast, but the main quality of this package, they are really clever. They gave a perfect copy to us and to Richard Mille. They did no mistakes, they stayed on the track all the time and they did a fantastic job.”

Reflecting on 2020, Sinault is pleased with the lessons learned by the Richard Mille Racing squad and is confident that his charges can take another step forward with the benefit of a year’s experience behind them when the 2021 season gets underway.

“The main thing was how they have to use the tyres,” says Sinault. “We worked with the girls for the first step to have a predictable car to help them to understand the world of endurance.

“Now the way of progress is a better understanding of tyres and the consumption they are using of tyres and the management of traffic, so the next season will be to work on the new [Goodyear control] tyres and traffic. On one lap they can perform very well, it’s not a question. Now it’s to manage every component of endurance.

“We have one year of experience together, they know very well the team now, we know all the qualities of the girls and the way to improve so I am positive to make a good job for next year.”

This article is brought to you by richardmille.com