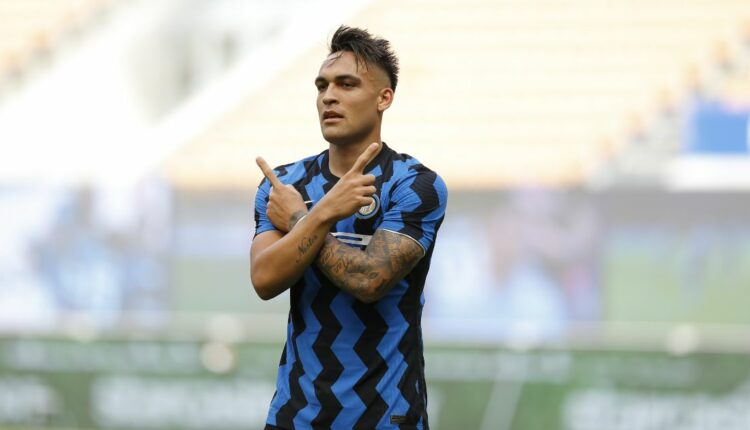 Martinez’s ‘decision is to stay’ at Inter despite Tottenham bid

Lautaro Martinez wants to remain at Inter Milan than pursue a move to Tottenham or anywhere else, according to his agent.

Arsenal had been seen as the club with the most interest in Martinez this summer as uncertainty continues to surround Alexandre Lacazette’s future.

However, a report emerged earlier on Sunday claiming that Spurs had agreed a £60m deal to sign Martinez from the Serie A side.

Gossip: Man City planning to pay for Kane with Silva

The Argentina international scored 17 goals and provided six assists as Inter Milan won Serie A at a canter, finishing 12 points ahead of rivals AC Milan, who finished second.

Tottenham reportedly wanted to sign him regardless of whether Harry Kane – who has been linked with Manchester City – stays or goes this summer.

But Fabrizio Romano has confirmed a bid with Martinez a ‘real target for Spurs’ this summer but ‘Inter now say they’ve no intention to sell him this summer’.

With his strike partner Romelu Lukaku likely to move to Chelsea this summer, the plan is to hang onto Martinez as their key frontman.

After selling Lukaku to Chelsea, Inter plan is to keep Lautaro Martinez.

And now his agent Alejandro Camano has claimed: “Lautaro is happy at Inter and in Italy. His decision is to stay.”

Lautaro Martinez’ agent Alejandro Camano: “Lautaro is happy at Inter and in Italy. His decision is to stay”, he told to @CLMerlo. Tottenham made a bid for Lautaro days ago, Inter want to keep him. 🔵🇦🇷 #THFC #Lautaro

Camano added: “He’s never gonna have a fight with Inter to leave the club. Never. Lautaro’s an Inter player and he’s happy in Italy.”

Meanwhile, Kane has denied he has ever refused to train at Tottenham amid rumours he could join Man City before the end of the transfer window.

Kane wrote on Twitter: “It’s almost ten years since I made my Spurs debut. For every one of those years, you – the fans – have shown me total support and love.

“That’s why it hurts to read some of the comments that have been made this week, questioning my professionalism.

“While I won’t go into the specifics of the situation, I want to clarify that I would never, and have never, refused to train, I will be returning to the club tomorrow, as planned.

“I wouldn’t do anything to jeopardise the relationship I have with the fans who have given me such unwavering support during my time with the club. This has always been the case as it is today. Harry.”

Flying dogs to their forever homes