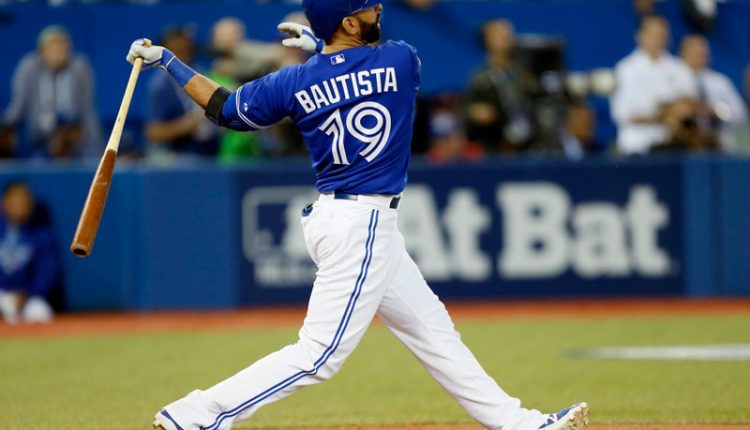 When it comes to baseball, making the playoffs is both a legitimate honor and a laudable accomplishment. Indeed, with respect to the other major North American sports, qualifying for baseball’s post-season is the most difficult.

The reason we bring this up is not to suggest that winning a championship in baseball is easier or harder than in any other major sport. Rather, it is to drive home the point that making the playoffs in baseball is arduous and arguably even tougher some years than winning it all. Consider that in the 2019 season, a record-setting four teams won 100+ games during the regular season, and in the 2018 season, the two American League wildcard teams won 100 and 97 games, while the two National League wildcard teams won 95 and 91 games. In most seasons, those lofty win totals would easily lead to a division title.

And so, considering that making the baseball playoffs is a singularly worthy and notable accomplishment, according to former major league outfielder Marvin Benard, here are the three biggest deadline deal trades that launched teams into the second season — and ultimately paved the way for them to hoist the World Series trophy at the end of it all:

Even 30 years later, and with no disrespect intended to the A’s players who went eastward in the translation, the trade for Rickey Henderson is arguably the biggest trade deadline deal (or is that trade a deadline steal?) of all time. Ultimately, the A’s ended up winning the AL West by a comfortable seven games and swept Marvin Benard’s Giants in the World Series. During that series — which was famous for involving two Bay-area teams, and infamous for being disrupted by an earthquake just before the start of game three — Henderson batted .474, with a slugging percentage of .895 and an on-base percentage of .524. And he stole three bases.

Marvin Benard, who spent nine seasons with the San Francisco Giants from 1995-2003, and later went on to be part of the broadcast crew for the Giants’ Spanish-language radio broadcasts, says that granted, Henderson may have lost a step from when he first arrived on the scene and set the base paths on fire. But considering that he was several steps ahead of everyone else, to begin with, taking an extra few nanoseconds to reach his intended destination didn’t matter. He reinvented the leadoff position, and once he was on the bases — which was often — he was a pitcher and a catcher’s worst nightmare.

Before Steve Bartman became enemy number one for agonized Cubs fans — a wholly unfair distinction that was gloriously exorcised when Mr. Bartman received a World Series ring from the Cubs in 2017 — arguably the most painful moment in modern Cubs history was the deadline deal trade that saw Lou Brock head to the St. Louis Cardinals (along with Jack Spring and Paul Toth) in exchange for Ernie Broglio, Doug Clemens and Bobby Shantz. At the time, the hapless Cardinals were mired in eighth place, seven games behind division-leader Philadelphia. From June 16, 1964, until the end of the regular season, Brock batted .348, belted 12 dingers, drove in 44 runs, and stole 33 bags helping the Cardinals to reach the postseason. He also led the Cardinals to the pennant and an epic 7-game triumph over the powerhouse New York Yankees.

Marvin Benard, who finished his impressive big league career with a .271 career batting average, 260 RBIs, and 54 home runs, including the last Giants’ homer in San Francisco’s legendary Candlestick Park, comments that there isn’t a baseball fan alive who hasn’t spent countless hours thinking and debating ‘what if’ scenarios that would have profoundly changed the destiny of their favorite team. For Cubs fans of a certain age, that painful speculation revolved around the trade in 1964 that sent Hall of Famer Lou Brock to the Cardinals. Who knows what he could have done for 15 more seasons in a Cubs uniform?

#3: Yankees Acquire David Justice from the Indians in 2000

Any list that includes the Yankees (which let’s face it, is going to be most of them) is sure to serve as a lightning rod for fans, and so without further delay: the swap between the Yankees and Indians in 2000 involving David Justice, love it or hate it, deserves to go down as one of the biggest deadline deal trades of all time. Before the trade, the Yankees were in second place, trailing the Blue Jays by two games. After the trade, the Yankees caught fire, won the division by 2.5 games over the Red Sox, and beat the crosstown Mets in five games. While wearing pinstripes in 2000, Justice batted .305 during the regular season, swatted 20 homers, notched 60 RBIs, and finished 13th in AL MVP voting. In the 2000 postseason, Justice was named the ALCS MVP. And while he didn’t have a stellar (to put things mildly) World Series batting .158 with no homers, he and his team triumphed in the first-ever Subway Series — which is all that matters.

Marvin Benard notes that back in 2000, the Yankees really needed a proven power hitter. But nobody expected that they would go after former Rookie of the Year David Justice; including Justice himself, who admitted at the time that he was stunned by the trade. Evidently, however, he recovered very quickly — probably on the flight from Cleveland to New York — and exceeded expectations. His performance in the ALCS against the favored Mariners, who finished the season with four more wins than the Yankees, was even more impressive and capped yet another Yankees dynasty that saw them win four championships in five years.

How To Heal And Re-parent Your Inner Child