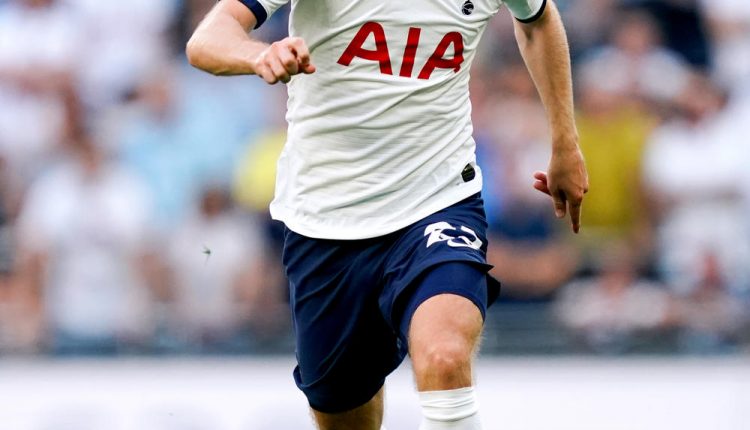 Mauricio Pochettino says his squad is the most unsettled it has ever been in his five years in charge of Tottenham and he still does not know whether Christian Eriksen will stay at the club. The futures of a number of his players – notably Eriksen – remain in doubt with just over a week before the European transfer window closes.

The Dane, who was on the bench for Sunday’s 1-0 home defeat to Newcastle, has said he wants to leave and his situation is most unclear, with the club likely to sell if a big enough offer comes in. Jan Vertonghen, in the final year of his contract, has not played at all this season while Toby Alderweireld is also a free agent in the summer. Danny Rose was told he could find himself a new club before the campaign began and Victor Wanyama has been linked with a move to Belgium. It has left Pochettino complaining of it causing a “mess” at his club as he counts down until September 2.

“You know very well and I told you in pre-season, before (the first game against) Aston Villa, after Aston Villa, positive result or negative result, the group is still unsettled,” he said. “We need to find solutions. We have one week more to wait and see what happens in the last 10 days. “I think this is my sixth season and the most unsettled group we are working with. That is why we are relaxed and calm. Some situations we cannot fix. Nothing to say about that, situations that are going on in the squad. Still we need to wait. “That is the circumstances after playing the Champions League (final) on June 1, we knew that some situations like this would happen but for us and the club it’s difficult to handle. What can we do? We can only wait. “I cannot do more than try to help the team find the best dynamic to train and not to create too many problems and be a person who is not being very emphatic, but understand every single situation and try to get a good result.”

Pochettino was evasive when asked whether Eriksen was left on the bench because his departure is imminent. “I don’t know. I don’t know. Why you ask me? Maybe you know something,” he said. “It’s so difficult, the situation. We cannot blame one party or another. That is the situation, the circumstances. “We arrive today with different players and different situations in the squad but I don’t want to justify our performance because of that.

I want to make clear the point. “When you play football and are on the pitch, you don’t think about these situations.” Whether the uncertainty at the club had anything to do with a dismal performance against Newcastle, only Pochettino knows, as the Magpies gave boss Steve Bruce a first win at the helm. Joelinton’s first-half goal, followed by some organised and resolute defending, did the trick at the Tottenham Hotspur Stadium, with a bit of luck thrown in too as VAR decided not to overturn Mike Dean’s decision not to award Spurs a penalty for what looked an obvious foul on Harry Kane.

Bruce, who has already found himself under pressure this season, said: “I was delighted for the players and for the staff. All week we’ve worked on a system tactically and organisation and for them to go nail it the way they did on one of the big platforms in Europe, not just in the Premier League… “They’re a great side, Spurs, with great players, great manager – arguably as good as there is. To come and turn them over was a big thing for all of us.”

The 10 best centre-backs in the world Tottenham have decided the minimum price they are willing to sell Christian Eriksen for this summer What the hell happened to Alexis Sanchez? How the fireball footballer extinguished over time

5 things we learned from the weekend’s Scottish football action