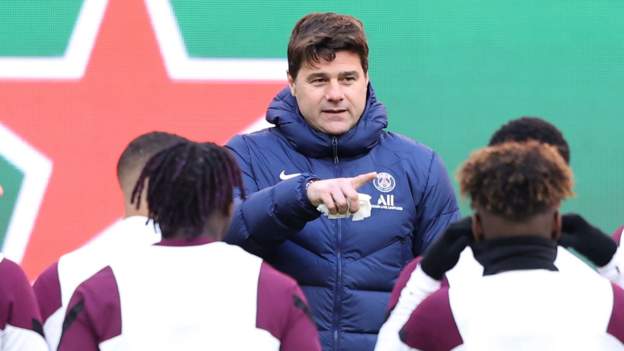 Tottenham have contacted the 49-year-old about making a return to north London, where he spent five years.

Pochettino has been considered after an improvement in his relationship with Spurs chairman Daniel Levy.

“Returning to England is a goal, but he’s started planning next season with PSG decision makers,” Balague said.

“PSG have got no intention to let him go and are surprised by the amount of coverage about something they are not contemplating.”

Why are Europe’s top managers on the move?Balague says the coronavirus pandemic – and its resulting restrictions on movement – has made life for the Argentine more difficult in Paris, as half of his family remains in London.

Tottenham sacked Jose Mourinho, Pochettino’s replacement, last month and have taken their time in search of a permanent replacement.

Academy coach Ryan Mason was put in temporary charge until the end of the season. Under him, Spurs lost the Carabao Cup final to Manchester City and finished seventh in the Premier League season.

“His [Pochettino’s] relationship with Levy has improved and, as they are looking for a profile like him, why not consider him? So they asked,” added Balague.

A return to Spurs, a club that sacked him in November 2019 just five months after he guided them to Champions League final, is not the only job he is being linked with.

He has long been seen as a candidate to takeover at Real Madrid, and Balague says PSG “will surely get a call” from the Bernabeu following Zinedine Zidane’s resignation on Thursday.

Despite PSG’s failure to win the Ligue 1 title for only the second time in nine seasons and their Champions League exit at the semi-final stage, faith in the Argentine remains high in the French capital.

Pochettino, who played for PSG between 2001 and 2003, replaced Thomas Tuchel as boss in January with the club third in the table.

They eventually finished second, one point adrift of champions Lille, but along the way he claimed the first two pieces of silverware of his managerial career, as PSG won both the French Cup and Super Cup.

“They don’t blame him for not winning the league and have seen big improvements in the squad,” said Balague.

“They do not expect anything but him starting next season on their bench.”

We know sometimes for managers and players that going back to a club for a second spell is not always the best solution. Mauricio Pochettino has a special bond with Spurs fans and the players, but Jose Mourinho also had that at Chelsea and his second spell was not the best one.

I’m afraid if he goes back, that legacy he left maybe he is going to break it.

Tech Tech Boom: Hear the reviews of absurd and sinister inventions in this tech spoof showDare to dream: Sporting achievements many thought never could be done

Want to Get Rid of Dark Spots? These $28 Patches May ‘Dissolve’ Them