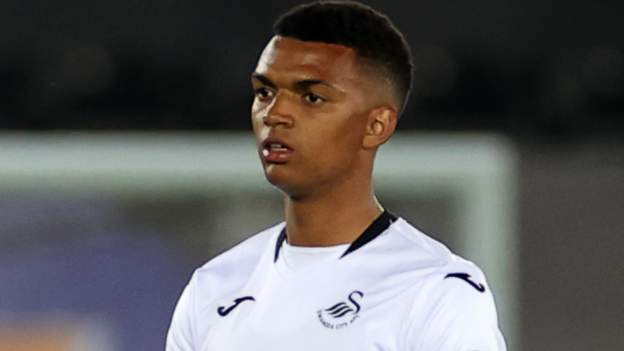 The abuse aimed at the 20-year-old forward came on the weekend when many leading sports clubs and players joined a boycott of social media over the issue of online abuse.

“I am disappointed, but not surprised,” Whittaker wrote on Twitter.

“I will always be proud of my skin colour, no matter what. Social media has to do something to stop this kind of abuse from happening.”

“The abuse in question has been reported to South Wales Police and the club is assisting them in their investigation.

“The fact that this has happened across a period where clubs, players and stakeholders have come together for a boycott of social media for this very reason, again shows just how much work still needs to be done.

“Morgan is sadly the fourth Swansea City player to suffer such abhorrent and disgraceful abuse online since February – a damning indictment on the world we live in.

Welsh sport joins social media boycottEngland Rugby and English cricket join football anti-abuse moveIs football’s racism battle being lost on social media?Social media companies can do more – Hewitt”As a club we will continue to strive for change, urging social media companies to take strong action and implement real change on their platforms that will enable its users to open their accounts and not have to worry about what they might find.

“Chief executive Julian Winter recently wrote to both Twitter and Facebook, the latter replying with examples of how they try to combat online abuse.

“But with vile incidents appearing on a daily basis, stronger action is clearly required.

“Morgan has the full and unwavering support of everyone at Swansea City, and our message remains clear. Enough is enough.”

The latest incident in which a Swansea player was targeted has come in a season in which the club turned off their social media accounts for a week to make a stand against abuse after a number of their players were subjected to it.

“Tackling hate crime has always been a priority for South Wales Police – this behaviour is something that will not be tolerated in our community.

“The force takes hate crime seriously and works closely with those involved in football to raise awareness of hate crime amongst players and supporters.”

Whittaker is understood to have been targeted on Twitter and Instagram in the wake of Swansea’s 2-1 win over Derby on Saturday.

Whittaker scored his first league goal for Swansea in the game having joined the Welsh club from Derby in February.

If you are affected by the issues in this article, help and support is available via BBC Action Line here.

NY Fed’s Williams not concerned about inflation getting too high