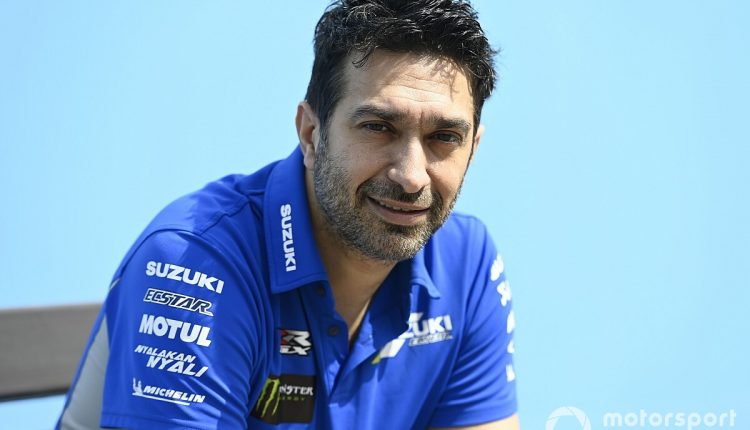 Englishman Carchedi has worked with Mir since the Spaniard’s debut in MotoGP in 2019, with the pair winning the world championship last season.

Mir will be without his right-hand man for this weekend’s third round of the 2021 season in Portugal after Carchedi failed a pre-travel COVID test. Carchedi has gone into isolation in Andorra and will be out for the entire weekend, though the rest of Mir’s crew have all tested negative for the virus.

Suzuki confirms Carchedi is fine and showing no symptoms currently. Mir will work with a stand-in crew chief this weekend in the form of Tom O’Kane, who acts as Suzuki test rider Sylvain Guintoli’s crew chief.

A statement from Suzuki read: “This weekend’s Portuguese Grand Prix at the Algarve International Circuit will see the absence of a key member of Team Suzuki Ecstar following a positive COVID-19 test.

“Frankie Carchedi, Joan Mir’s crew chief, carried out his pre-travel tests and was found to be positive for the virus. 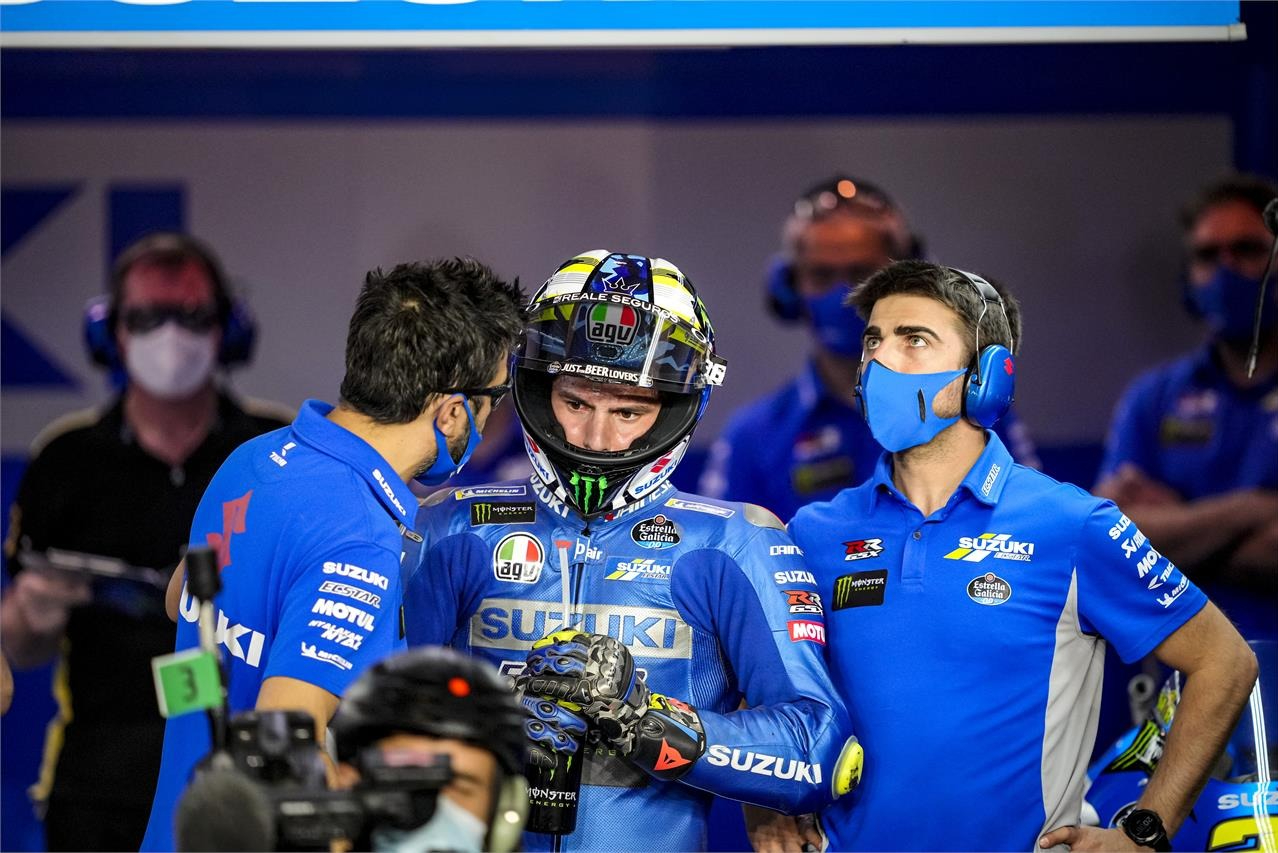 “Carchedi has not travelled to Portugal and has instead gone into isolation to prevent any spread of the infection. The rest of the team have received negative results and will be present for the race weekend in Portimao.

“The important role alongside Mir will therefore be filled this weekend by Tom O’Kane, who currently serves as Sylvain Guintoli’s crew chief in Team Suzuki Ecstar’s test team. The well-respected Irishman has a wealth of knowledge and experience in the world of motorcycle racing.

“He has been with Suzuki for many years and has been a mainstay since the factory’s return to MotoGP, formerly working as crew chief for Aleix Espargaro. Carchedi’s situation will be assessed again ahead of the Jerez Grand Prix. In the meantime, all of Team Suzuki Ecstar would like to wish him a swift recovery.”

In the Qatar GP, both Yamaha’s Maverick Vinales and LCR rider Alex Marquez had to complete Friday practice without their crew chiefs as both had returned reactive COVID test results.

However, Vinales and Marquez were reunited with Esteban Garcia and Christophe Bourguignon respectively from qualifying onwards.

Mir currently sits sixth in the standings and 18 points adrift of championship leader Johann Zarco ahead of this weekend’s Portuguese GP.