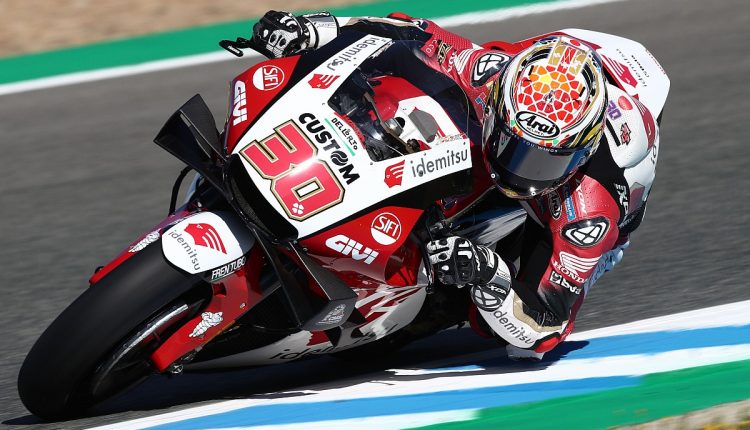 Nakagami was comfortably the top Honda rider throughout the Jerez weekend, his form boosted by a switch to an older chassis giving him more rear grip.

The Japanese rider qualified fifth and fought his way through to fourth in the latter stages of the Jerez race, piling pressure on Petronas SRT’s Franco Morbidelli in third with a strong pace in the closing laps.

However, Nakagami came up just short, leaving him with mixed feelings despite being “proud” of his result.

“I’m happy with myself, the race was quite tough and 25 laps was tricky,” he said. “But on the other hand I’m very proud and really happy about the performance.

“The race pace was really fast but we were able to keep the rhythm. [I had] a really good feeling on the bike from the beginning to the end.

“I was really, really close to P3, which is a podium. Mixed feelings after the race.

“After the race I was screaming. 50% I’m proud, really happy, but 50% I was… not disappointed, I don’t know how I can explain how I feel.

“When I came to the box I was crying because I started to think about the first podium was there. I’m a bit disappointed but this is racing.

“But I’m happy. We came back to our position and P4 is a good result for us.

“We know now we have pace, we have good speed. So, I’m looking forward to Le Mans.”

Nakagami’s charge to fourth included a stunning overtake on the outside of Aprilia’s Aleix Espargaro at the Sito Pons right-hander, with the pair making slight contact in the move.

Explaining the overtake, Nakagami said: “It was many laps I was behind Aleix and I was thinking where I could overtake.

“Every lap I was thinking to go inside the last corner but after Turn 12 there was always some distance [between us].

“Then I saw Fabio [Quartararo] start to drop the lap time, then also Aleix started to go a few tenths slower.

“Then I realised this is the point and if I miss this point, Mir will come and start a big fight.

“So, I closed my eyes and tried to go inside at Turn 4 and at Turn 5 tried to close the door. He tried to stay inside and we touched each other.

“On my leather suit you can see on the right shoulder a big black mark because his front tyre touched my right arm. But it was a good move.”