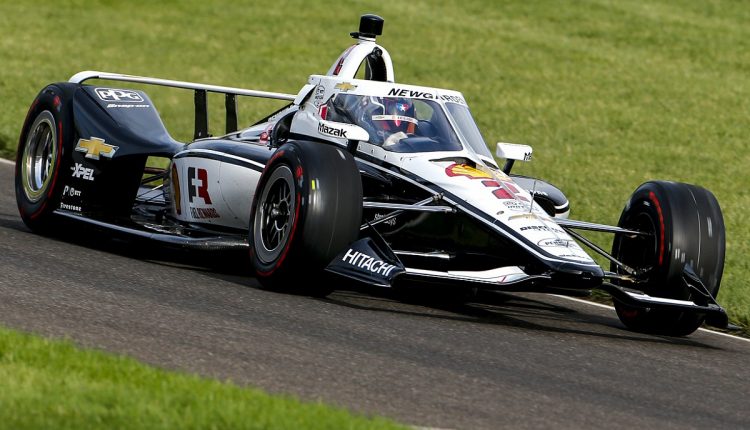 Graham Rahal of Rahal Letterman Lanigan-Honda and Will Power (Penske-Chevy) were the first to break into the 225mph bracket around the iconic 2.5-mile Indianapolis Motor Speedway and duck under the 40sec barrier, but two-time IndyCar champion Newgarden’s top lap pushed the best speed up to 226.819mph.

He was later joined in that stratosphere by two-time Indy winner Juan Pablo Montoya, in the Arrow McLaren SP-Chevy, but the Colombian legend was displaced by another two-timer, defending winner Takuma Sato of RLL-Honda.

Rahal’s best effort kept him fourth, and he also had the satisfaction of holding onto the best lap set without the aid of a tow, a 221.949 effort. Second on that chart went to Penske’s rookie Scott McLaughlin, who also turned the most laps of the day, 195 – almost a complete race distance.

Conor Daly eclipsed his earlier best to vault into sixth place for Ed Carpenter Racing-Chevy, while Meyer Shank Racing-Honda saw both its drivers – Jack Harvey and three-time Indy winner Helio Castroneves – get into the top 10 overall, leading their semi-teammates from Andretti Autosport.

That said Andretti’s former winners Alex Rossi and Ryan Hunter-Reay both made it into the top five no-tow speeds.

Former Indy 500 rookies of the year Santino Ferrucci (RLL-Honda) and Simona De Silvestro (Paretta Autosport-Chevrolet) were 20th and 21st in the overall speeds, and 29th and 24th respectively in the no-tow charts.

“Couple of weeks” before IMS can define Indy 500 crowd situation