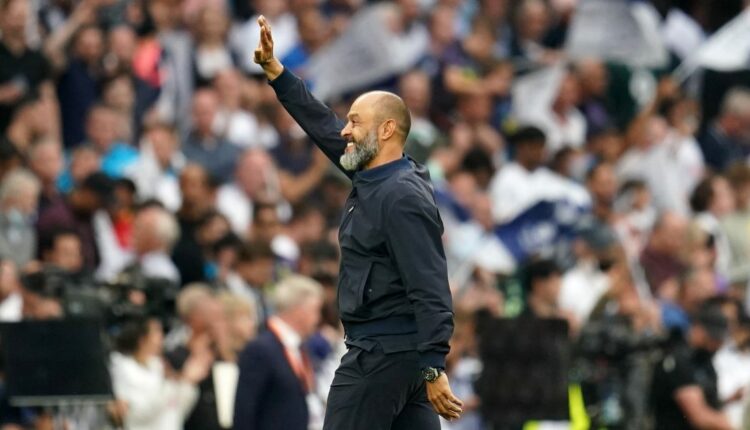 Nuno insists Kane must ‘get ready and help’ Tottenham

New Tottenham Hotspur boss Nuno Espirito Santo has insisted that Harry Kane must “get ready and help” the club and that they are “lucky” to have him.

Kane has been heavily linked with a move away from Tottenham. Man City have had a £100m bid rejected for the forward.

The Englishman recently returned to training but he was not part of Spurs‘ squad to face City on Sunday.

On the day, the Londoners did not miss Kane too much. They were the better side against City as Son Heung Min’s second half finish earned them all three points in Santo’s league first game in charge.

Santo was asked about the game and Kane’s situation post-match by BBC Sport. He suggested that he was “very proud” of his players for their performance against City:

“It was good I think. The atmosphere was special off the hard work of the boys. They make any crowd proud when they work so hard.

“It was strong. We were lucky because they had chances but the boys held on and they stayed in the game. We knew it would be tough. After that first 20 minutes we did better and we started getting our chances. In the first half we didn’t finish so good. When we should have shot on goal we didn’t do it.

“Not only him [Japhet Tanganga]. In terms of shape and our organisation the front three worked very hard and closed the gaps. It’s very difficult to play against City with the way they build the first moment. It requires a lot of discipline so the boys did okay.

“I’m sure that with commitment and the talent we have, we will be a good team. We are in the process of that. I am learning every day and I am very proud of them today, very proud.”

On Kane: “Look, Harry Kane is one of the best players in the world, honestly. We are very lucky to have him. He has to get ready and help the team. We still have to go to Portugal then we think about Wolves.”