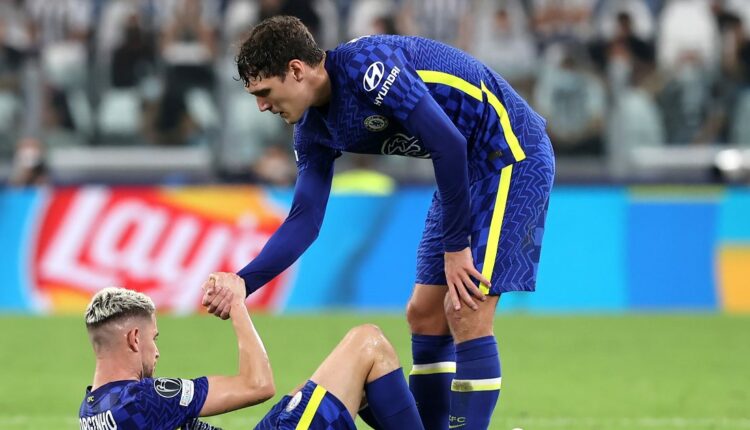 Brentford manager Thomas Frank has suggested that Chelsea defender Andreas Christensen is “one of the best defenders in the world” at the moment.

The defender played for Danish side Brondby before he joined Chelsea in 2012.

Christensen spent two years on loan at Borussia Monchengladbach between 2015 and 2017. He has been a regular for the Blues since the 2017/18 season.

The 25-year-old has now played 135 times for Chelsea. He has been a key player under Thomas Tuchel and he played in last year’s Champions League final against Manchester City.

The Premier League returns this weekend and Chelsea’s first game back after the international break is against Brentford. As reported by Sport Witness, Frank said that Christensen has “always been enormously intelligent”:

“[Christensen] is one of the best defenders in the world at the moment. He has always been enormously intelligent on the pitch, meaning very quick to anticipate all situations offensively and defensively.

“He is technically hugely strong for a defender in terms of bringing the ball forward, passing and making good choices. Also, he is foresighted and fast at the same time, so it’s almost the complete package.”

“I’m very fond of Rudiger; that guy amazed me because he wasn’t playing anymore and Tuchel believed in him and put him back where Zouma was when everything was good about him and the defence was working well and Tuchel put him in and Rudiger became another player,” Leboeuf said.

“Two years ago when I saw him playing I said: ‘He cannot play for Chelsea’, and now look, he’s the main man, everyone hates him.

“He is a bit like Diego Costa when he was playing for Chelsea. He was hated by the rest of the world and that’s the same now for Rudiger because the guy is amazing in defence, he’s a nasty player but when he plays for your club you love it.

“Rudiger does well for Chelsea so I don’t want to see him leave when his contract expires this season.”