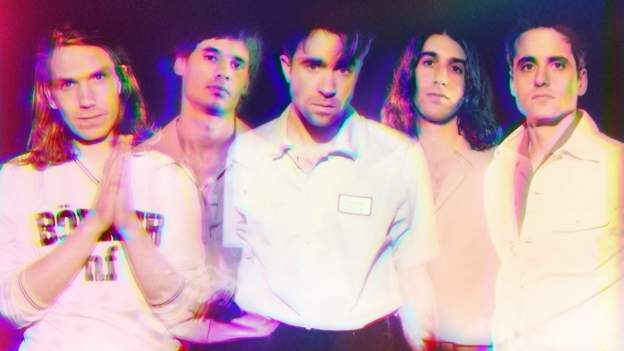 All eyes – and ears – will be trained on Old Trafford on Saturday where Cristiano Ronaldo is expected to make his much-anticipated second debut for Manchester United.

“I don’t think Ronaldo will necessarily start,” says BBC football expert Mark Lawrenson. “But he will definitely play some part – and, no, I would not be surprised at all if he scored.”

Lawro is making predictions for all 380 top-flight matches this season, against a variety of guests.

This week’s guest is singer and guitarist Justin Young from indie rock band The Vaccines, whose new album Back In Love City is out on Friday.

Justin Young grew up in Southampton as a Manchester United fan. “My family supported Southampton and I didn’t want to support the same team as them,” he explained. “I was five, and Manchester United were the only other team I had heard of.”Justin is a United fan who is relishing the return of Ronaldo, but admits he is unsure what to expect from the Reds this season.

“Once again we are starting a campaign with what looks like, on paper, a pretty fabulous team – maybe even more so with the return of CR7,” he told BBC Sport.

“But it has been almost 10 years in the relative wilderness for us now so, like many United fans, I have gone from expecting us to win something every season to now really feeling like I am going to be perpetually disappointed.

“I am not a natural optimist to be honest with you. We have a great team, and some great players but I just don’t know yet how we will do. I am not sure I know enough about how we are going to set up and play this season.

“Ole Gunnar Solskjaer is a United legend, and I had posters of him on my wall when I was growing up.

“He will forever be a United great and forever be a hero to me but, given the time he has had as manager and the starting line-up he now has, I think it is on him to deliver now, and start proving the people who doubt him wrong.”

Justin’s prediction: Burnley are awkward enough to get something out of this. 1-1

How did Lawro do last time?In the round of games before the international break, Lawro drew with Jungle’s Tom McFarland. They both got five correct results from 10 matches, including one exact score, for a total of 80 points.

‘England have a team that can be world class’