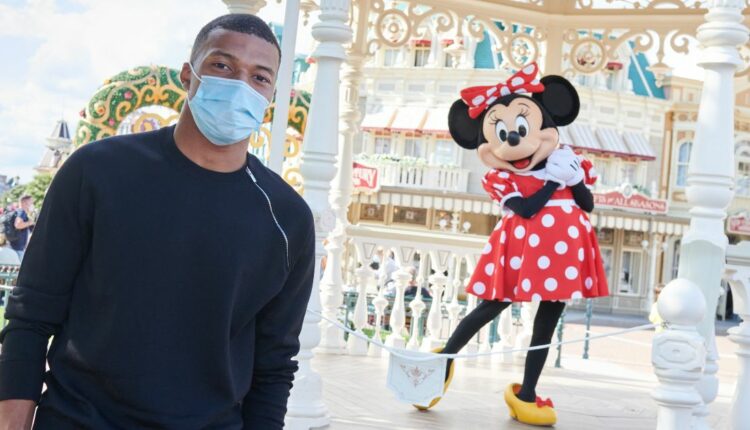 PSG president: Mbappe has ‘no excuse’ to quit after Messi arrival

Paris Saint-Germain president Nasser Al-Khelaifi has claimed that Kylian Mbappe will now surely stay after the arrival of Lionel Messi.

Mbappe has scored 132 goals in 171 appearances since arriving at PSG from Monaco in 2017 but there have been rumours he could leave the club.

Real Madrid and Liverpool have been mooted as potential destinations with the Spanish side understood to be particularly keen on the France international.

Lionel Messi to PSG: Not romantic but really sensible

Mbappe has now entered the final 12 months of his deal in Paris and will be able to leave on a free transfer at the end of the Ligue 1 season.

That has left some at PSG nervous about his future after investing €180m in the player when taking him from French rivals Monaco.

But Al-Khelaifi said at the press conference unveiling Lionel Messi as a PSG player that Mbappe now had “no excuse” not to sign a new deal at the club.

Meanwhile, Messi has been overwhelmed by the reception he was given by fans of the French club since his arrival in Paris.

“I am grateful and want to thank them and now I really want to see them in the city and in the stadium. It will be an incredible year and we are going to enjoy this.”

When asked about the possibility of facing Barcelona in the Champions League and possible angry fans, Messi added: “It was very complicated to exit Barcelona without knowing where I was going to go. Barcelona is my home, I have been there since I was a kid.

“They knew I would arrive in a strong team, a team aiming to win the Champions League. I love to win. I want to have important goals. I know my goals and PSG’s goals are the same and want to be bigger and bigger.