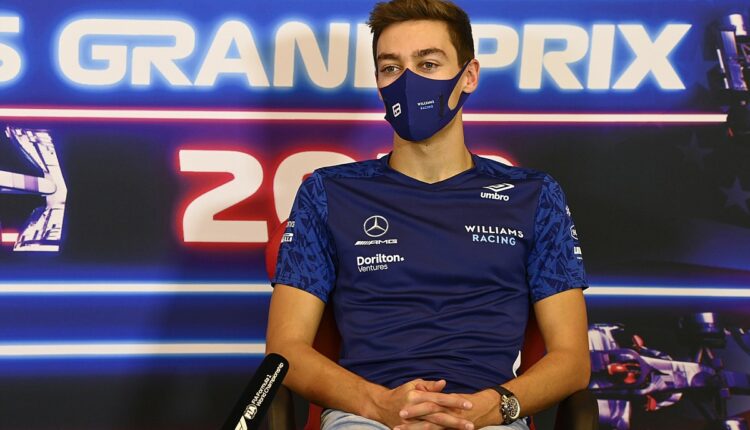 The British driver will move to his fourth power unit of the 2021 season and is set to drop to the rear of the field from wherever he qualifies.

Russell entered the Austin weekend at the maximum season allocation limit for internal combustion engines, turbochargers, MGU-H, energy store and control electronics, which means the accrued penalties for taking a whole new Mercedes engine would leave him at the rear of the pack for Sunday’s race at Austin.

The Williams team mechanics were working on fitting the new engine to his car on the Thursday evening ahead of the opening day of practice running in Texas.

The Mercedes engines have been hit by a series of reliability problems in 2021.

The works squad has already had to exceed the allocations permitted to Lewis Hamilton and Valtteri Bottas, with the new engine given to the latter at Monza developing a fault at the next race in Russia, where the Finn was forced to take another grid drop as the engine was taken back to Brixworth to be assessed.

Williams was also forced to give Nicholas Latifi a new engine in Russia as a result of the unit fitted to the Canadian’s developing a pneumatic pressure problem – the same issue that led to Russell’s retirement from the Styrian GP in June.

Another of Mercedes’ other engine customers, Aston Martin, has also opted to fit a new engine to Sebastian Vettel’s car for the Austin weekend.

The German driver said during the pre-event press conference at the Circuit of the America’s track that he is expecting a “difficult weekend” as a result of his penalty, which will mean he joins Russell at the rear of the field.

After Daniel Ricciardo was given an engine change at the Turkish GP last time out, only his teammate Lando Norris and Aston’s Lance Stroll are yet to take new power units of Mercedes’ remaining customer supply.

McLaren has indicated ahead of the first practice session starting in Texas that Norris will not be taking a new engine this weekend.

Speaking during his own US GP pre-event press conference slot, Russell said: “There is a bit of Silverstone vibes within this circuit, but the bumps are probably going to be the key thing this year.

He added: “As they were in 2019, and how the subsidence has been over the last couple of years.