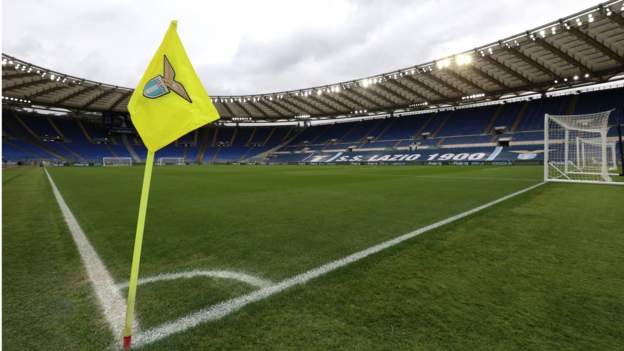 Serie A: Lazio fined for breaking Covid-19 protocols but will appeal

Lazio’s training ground was inspected as part of the investigationSerie A club Lazio have been fined 150,000 euros (£128,000) and president Claudio Lotito banned for seven months for breaking Covid-19 protocols.

They also twice fielded asymptomatic players who should have been isolating.

Two team doctors have also been suspended for 12 months.

Lazio say they will appeal against the verdict.

The club’s training ground was inspected and swab test results were taken away in November last year during the investigation into potential protocol violations.

The FIGC brought charges in February and referred the matter to a national federal court, which handed down its punishments on Friday.

Lazio, who were charged with a “lack of observance of the health protocols in force”, had denied any wrongdoing and said in a statement: “We trust in sporting justice.”

INSIGHT-Too cold to handle? Race is on to pioneer shipping…