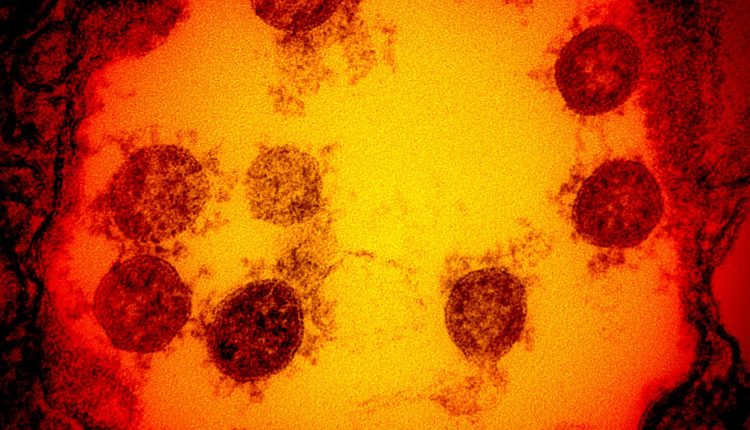 Count the U.S. children who have caught COVID-19 since February, and you’d soon outnumber the population of Boston.

Fortunately, most of these 697,000 confirmed or probable cases have had comparatively mild illness—and somewhere between 16 and 45 percent of children may not manifest any symptoms at all. Yet some in this group—clinically defined as those under the age of 21—go on to develop a serious condition called multisystem inflammatory syndrome in children, or MIS-C.

Thanks to months of urgent research, what began as a mysterious spectrum of symptoms has coalesced into a definable illness, with early signs that include fever, rashes, abdominal pain, diarrhea, and vomiting. Though MIS-C is rare—with 1,027 confirmed cases in the U.S. so far—it can develop into severe inflammation in a matter of hours, often requires intensive care, and is sometimes fatal. A recent report from the U.S. Centers for Disease Control and Prevention analyzed coronavirus fatalities in people under 21 and found that the majority were from MIS-C.

“It happens so rapidly, and the kids are so ill, that 70 percent will require admission into an ICU,” says Alvaro Moreira, a physician scientist at the University of Texas in San Antonio who recently published an analysis of results from multiple scientific papers in EClinicalMedicine based on 662 cases of MIS-C.

Even as clarity emerges around the early stages of the syndrome, questions are mounting about its true prevalence and its long-term outcomes. MIS-C usually develops several weeks after the classic signs of the coronavirus appear in kids, such as cough, body aches, and runny nose. Studies have also revealed the condition can appear after an asymptomatic infection with the virus.

“That’s the frightening part,” says Moreira. “It can develop even when parents don’t know their child has had COVID-19.”

The prolonged consequences are also under scrutiny after a handful of studies found that even after clearing in the airways, the coronavirus may continue to replicate in the digestive system, particularly in children. It’s a discovery with implications far beyond rare pediatric cases.

“The data show the virus can linger in stool up to a month,” says Siew Ng, associate director of the Center for Gut Microbiota Research at the Chinese University of Hong Kong. Other recent research into the viral structure may provide clues both to the disease’s gastrointestinal impact and why some patients’ immune systems go haywire. “The implication is that COVID-19 isn’t just a respiratory disease.”

When doctors first encountered children with these strange symptoms, first in Italy and then the U.K., they suspected Kawasaki disease, another serious illness in young children which causes inflammation in blood vessels. While some clinical symptoms overlap, there are clear differences, says Moshe Arditi, an expert on Kawasaki disease and a professor of pediatrics and biomedical sciences at Cedars-Sinai, a medical center in Los Angeles.

Most MIS-C patients are older. The median age of the afflicted is nine, while Kawasaki patients are generally under two. They also carry higher levels of biomarkers—proteins found in blood tests—that predict inflammation levels, and they often experience severe abdominal pain “to the point that the [cases] are confused with appendicitis,” Arditi says.

Along with collaborator Ivet Bahar, distinguished professor of computational and systems biology at the University of Pittsburgh, Arditi went looking for clues as to how the virus could cause these reactions. The SARS-CoV-2 coronavirus has a spherical shape, with spikes that attach to a protein on the surface of human cells called ACE2. It looks like a microscopic version of those burrs that get stuck on your socks after a hike.

Unlike other known coronaviruses, Bahar and Arditi found that SARS-CoV-2 has a unique feature in one part of its spikes. This spike fragment resembles the bacterial toxins known as super antigens—proteins that generate excessive reaction from T cells, a vital member of the immune system. Other research shows that severe COVID-19 results from immune systems overreacting to coronavirus, causing cascades of excess inflammation that permanently damage many parts of the body. Arditi says the spike fragment may explain why MIS-C has the appearance of what happens during blood infections like sepsis or bacterial toxic shock syndrome.

“We would expect that [spike] region to elicit the same type of very strong response [as other super antigens],” Bahar says. This revelation might bridge how and why the coronavirus causes other types of hyperinflammation. Arditi says, “We finally found the viral spike segment that may induce all those immune responses”—not only in MIS-C but possibly in adult COVID-19 cases.

A new CDC study, largely overlooked because it came out the same weekend as President Trump’s COVID-19 diagnosis, shows that even adults with the virus can develop a severe condition similar to MIS-C. The report described 27 patients with “cardiovascular, gastrointestinal, dermatologic [skin], and neurologic symptoms without severe respiratory illness,” and called the condition MIS-A—for adults.

The bridge between MIS-C and long-lasting COVID?

Toxic shock has also long been associated with short- and long-term mental dysfunction, so Bahar wonders if the super antigen quality of SARS-CoV-2’s spike might also explain the high percentage of neurologic symptoms seen in adult COVID-19 patients. One study reported nearly a third of hospitalized COVID-19 patients experienced altered cognitive function well after they were discharged.

The distinguishing feature of both MIS-C and MIS-A are the gastrointestinal symptoms. Arditi says that, again, a clue might be found in the super-antigenic region of the virus’s spike.

Because these symptoms can take weeks to manifest after an initial infection, nasal swabs and genetic tests for the virus—the current methods for confirming the germ’s presence—often come back negative. Some researchers now suspect the virus is still hiding in the body during MIS-C syndrome, possibly in the gastrointestinal tract.

“Our gut carries the largest immune organ—the intestine,” says Ng, given the digestive tract is packed with a variety of immune cells. “We shouldn’t ignore it.”

SARS-CoV-2’s spike protein structurally looks similar to Staphylococcal enterotoxin B (SEB), which is made by bacteria and is one of the strongest gastrointestinal toxins known in medicine. “A very small amount of it in food will make you very sick, with very severe abdominal pain and a lot of vomiting,” Arditi explains. Respiratory coronaviruses in humans evolved from ancestors known to inhabit the guts of bats, and the virus behind the original SARS epidemic in 2002-2003 caused severe gastrointestinal disease.

New research in the medical journal Gut adds to this case, by showing the virus persists in the digestive tract long after it disappears from the nose, mouth, and lungs. Ng, lead author of the paper, has even developed a coronavirus test for stool because she says it’s a better way to screen children and identify possible sources of silent transmission.

“It’s safe, and easy to collect samples,” she says. “They poo all the time.” Hong Kong has been using these tests to screen at-risk travelers since March.

Another small study in June found that two children had the virus in their feces 20 days after throat swabs came back negative. Similar work by Ng’s group found some COVID-19 patients, including pediatric cases, continued to experience gut dysbiosis—the term for microbial imbalance—even after recovering from their initial symptoms.

“We were surprised to see how severe this dysbiosis is, even in patients who had mild or moderate cases,” says Ng, whose team is conducting a clinical trial on whether altering the composition of microbes in the gut can alleviate COVID-19.

Your microbiome is constantly changing based on your environment, your diet, and your age. But Ng says healthy children typically have a “golden age” of a balanced microbiome amenable to change from the ages of two to twelve—about the age that tweens begin to react to COVID-19 like adults. When Ng’s team analyzed patients’ microbiomes as part of a separate paper published in September, they identified 23 types of missing gut bacteria that were associated with increased COVID-19 severity.

“We know most of the functions of these bacteria well. They help us produce short-chain fatty acids,” she says.

As these questions begin to be teased apart, what’s still uncertain is how children with MIS-C will fare. Most will recover if provided the right treatment, but Moreira found their hospital stays were lengthy, eight days on average. And he cautions that we don’t know the long-term implications.

“We know that patients with Kawasaki disease can later develop aneurysms, thromboses, or blood clots, and have increased risk of high blood pressure and heart attacks at a younger age,” he says.

The lasting consequences of the condition may fall unequally on Black, Indigenous, and people of color: Both Moreira’s review and the CDC report on MIS-C found that, as with adults who have the virus, racial disparities were clear. Of the 20 children who’ve died from MIS-C in the U.S., 45 percent were Hispanic, 29 percent Black, and 4 percent American Indian.

Other risk factors include underlying conditions such as obesity, which can weaken the cardiovascular system. Cardiac damage seems to occur with many MIS-C cases, raising concerns about life-long effects, says Joseph Abrams, an epidemiologist at the CDC and an author on a recent study on MIS-C.

Even if the condition is rare, Abrams says, because the pandemic is so widespread, it could impact many children. And, he adds, “Any child’s death is a terrible and tragic situation.”