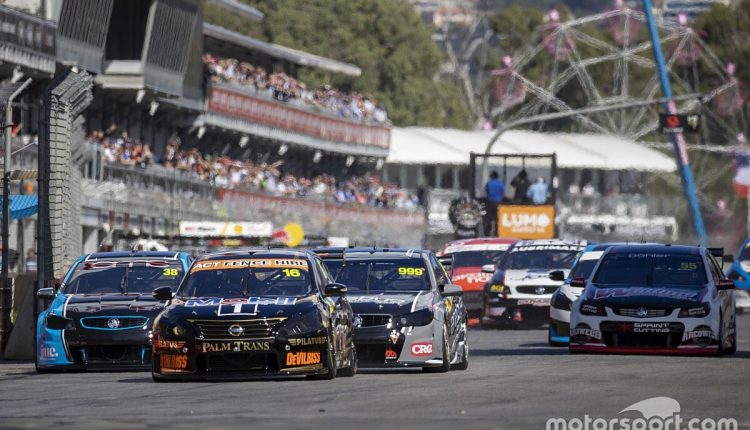 The newly-combined Super2/Super3 class was set to finish its truncated season at Mount Panorama next month, with Supercars eyeing two rounds on the one weekend to ensure a second-tier champion could be crowned.

However, with access to New South Wales from Victoria still blokes by COVID-19 restrictions, Supercars has elected to pull the pin on the Super2 finale.

The second-tier season isn’t necessarily over, however, with Supercars leaving the door open for standalone events later in the year should state border conditions ease.

Super2 and Super3 teams able to travel to New South Wales for the Bathurst 1000 next month are also likely to be able to enter a combined ‘Tin Tops’ class, similar to what debuted in Townsville in late August.

“Supercars would like to advise all Dunlop Super2 Teams that unfortunately the category won’t be attending this year’s Supercheap Auto Bathurst 1000,” read a statement.

“Due to the various COVID-19 border closures, it was agreed that the costs associated with mandatory quarantine periods before and after the event were too excessive for a large number of entrants in the category.

“Border closures will continue to be monitored and talks are continuing with owners and circuit operators around potential DS2 rounds in 2020 beyond the conclusion of the Virgin Australia Supercars Championship, including standalone events in November and December.

“Nothing is confirmed, details of any potential extension of the series will be announced in due course.

“Supercars is now in discussions with various support category managers who can operate at Mount Panorama competitively in October.

“Following the success of the Townsville Tin Tops category, talks are underway for a similar concept to feature at the Supercheap Auto Bathurst 1000 and all Dunlop Super2 Series and Super3 team owners that wish to enter will be able to do so.”

As it stands there have only been two Super2 rounds this year, one in Adelaide and one at Sydney Motorsport Park, with Thomas Randle the current series leader.