The Mi Note 10 is the first smartphone to offer a ‘penta camera,’ according to Xiaomi, which has also included a 12MP portrait camera and 5MP 50x zoom camera in the same module. The model also features two other cameras on the phone’s rear that are isolated from the other three sensors: a 20MP ultra-wide-angle camera and a tiny 2MP macro camera.

Chinese phone-maker Xiaomi has unveiled a new device with an unprecedented 108-megapixel camera.

The CC9 Pro was unveiled on Tuesday and boasts one of the highest resolution cameras available to consumers anywhere.

Xiaomi’s rear-facing camera display comes with four total sensors which include two telephoto lenses, an ultra-wide lens, and a macro lens. That array is complemented by a 32-megapixel front-facing selfie camera.

As reported by Engadget, among the advantages of pictures taken at the phone’s superior resolution are the ability to crop into images without compromising quality. 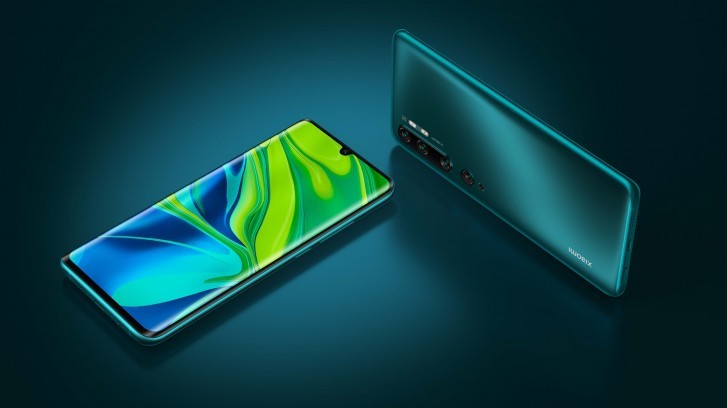 Related: One month with the OnePlus 7T Pro

Xiaomi says the resolution means that one can shoot pictures that are capable of being expanded into ‘billboard-level prints up to 4.24 meters high’ notes Engadget.

The phone’s 108-megapixel camera was built in partnership with Samsung and is a little more than an inch in size, which makes it slightly smaller compared to other high end sensors on the market.

To help take pictures in low-light, the phone will also follow the lead of other phone manufacturers like Google and Huawei and use software to combine multiple shots to reduce blurriness and grittiness.

Outside of its camera array, the device also comes equipped with a 5,260mAh battery, a 6.47-inch AMOLED display, and will use Qualcomm’s Snapdragon 730G processor.

Related: Motorola’s RAZR is unlike any other foldable we’ve used

The device will also have a 3.4mm headphone jack and run on Xiaomi’s MIUI 11, which is a skin built over Android 9.

Xiaomi’s CC9 will go on sale in China tomorrow and has not ruled out the possibility that the phone will have a global release in the near future.

Contestant Reveal! These Are The Talents On Season 14

Best Camping Gear for Beginners in 2020

Silicon Valley in the pandemic

A question of judgment

Can I receive financial support for self-isolating?

Who is Sir Jim Ratcliffe and why is he linked to the Mercedes F1 team?

The FDA Will Require a New Boxed Safety Warning for…

Selena Gomez Embraces Her Kidney Transplant Scar in a New…