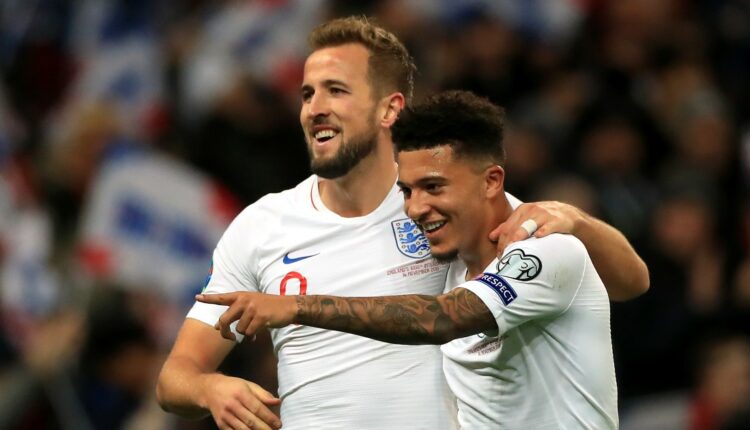 The most expensive transfer ever for each age from 13-36

The most expensive 33-year-old ever will soon become the costliest 36-year-old in history. Cristiano Ronaldo is back with Manchester United.

Seriously. Manchester City paid £175,000 to Southend in January 2017 to beat Liverpool, Chelsea and Arsenal to the signing of 13-year-old Finley Burns, a defender who was just two years out of primary school. The first major tournament he can properly recall would either be the 2010 World Cup or Euro 2012. He is now an ancient 18 and wasting away in the club’s academy, making an appearance in this summer’s pre-season.

Sheyi Ojo joined Liverpool so long ago that Kenny Dalglish was in the midst of his second spell as manager at Anfield in 2011. The Reds were forced into a bidding war with Chelsea for the winger, who had already won two England youth caps at international level before leaving MK Dons. He has been on six loans since and has two years left on his Liverpool contract.

“An absolutely amazing player,” was the assessment Arsene Wenger offered of Fran Merida shortly after the midfielder experienced the initiation any young Spanish player worth their salt should: the journey from Barcelona to Arsenal. The midfielder would make just 16 appearances before leaving to join Real Sociedad in 2007. But he remains the most expensive 15-year-old of all time, having taken that particular record off another Gunners purchase – Jermaine Pennant, for whom Arsenal paid Notts County £2m in 1999.

Injuries have put paid to any hope a 20-year-old Willem Geubbels ever had of making the grade in Monaco. He has made an unlucky 13 appearances in two years, with AZ Alkmaar, Royal Antwerp and Anderlecht interested in taking him on this summer.

After wrestling the crown from £18m Alex Pato, Jude Bellingham will hope to enjoy a career more befitting the hype and expectation. Good luck matching Pato’s rather literal record of a goal every two games in the Premier League if he does return to these shores, mind.

Ten days separated the professional debut of Vinicius Junior and the announcement of his deal to join Real Madrid. The Brazilian was just 16 when contracts were signed in May 2017, to become official as of his 18th birthday in July 2018. They stopped winning the Champions League thereafter. Those things probably aren’t related – he did score twice against Liverpool in last season’s quarter-finals.

The most expensive teenager in the world and it is not particularly close; Joao Felix joined Atletico Madrid at the same age for £113m. Kylian Mbappe’s next move will not cost quite the same transfer fee as he looks likely to run the final year of his Paris Saint-Germain contract down and definitely absolutely certainly rock up at Liverpool.

Neymar is not a bad example to follow and upon his move to Manchester United this summer, Jadon Sancho displaced the Brazilian as the most expensive 21-year-old ever. Did they even need him? Not on the basis of that destruction of Leeds, in which the winger made the first of presumably many appearances for his new club.

The most Nigel ever went for was around £17m to Manchester City. Luuk fetched a fair eight-figure wedge when he joined Sevilla. Siem headed to Newcastle for £6m a few years ago. All their career transfer fees combined would not scratch the surface of Frenkie’s big move. That is De Jong and short of it.

Four assists literally every game is precisely what you expect from a £100m/£93.8m player.

The same age as Cristiano Ronaldo when he secured his dream move to the Bernabeu four years prior, Gareth Bale became the most expensive player in the world when Daniel Levy held out for £85m in 2013. The Welshman has a lot to thank Harry Redknapp for: the man who took him from nothing, didn’t try and flog him off to Birmingham for a pittance at all, played him as a winger because Benoit Assou-Ekotto was too good at left-back, and turned him into the player he is today.

Not only did Harry Maguire usurp Virgil van Dijk as the most expensive defender ever, he replaced him as the most expensive 26-year-old in history. That really does have to sting. The Manchester United captain might consider himself to at least be in the same conversation now, if only just listening in the background and awkwardly laughing at all the in-jokes.

Barcelona did used to be alright at this. Luis Suarez arrived in Catalonia at something resembling his peak, winning four La Liga titles and a Champions League and becoming the club’s third top goalscorer of all-time. Then they stopped being alright at this and let him go to Atletico Madrid for peanuts before watching him win them the championship.

It likely never crossed Antoine Griezmann’s mind when he swapped Atletico Madrid for Barcelona that he would eventually be tasked with replacing Lionel Messi. Many fans blame him in part for the legend’s departure but Ronald Koeman believes “Griezmann has played in his position and he has done well”. The Frenchman joined Atletico a couple of months after they won La Liga in 2014, spent five excellent years in the capital but never won La Liga, then left to join Barcelona in 2019 for a worse view of Atletico winning La Liga in 2021.

Adding about £10m onto the record for a 29-year-old previously held by Zinedine Zidane, Diego Costa returned to Atletico Madrid in January 2018 in a deal that best captures how ludicrously brilliant Chelsea are at this nonsense. He helped win them the Premier League title, was promptly dumped by Antonio Conte by text and ostracised from the squad completely, yet Chelsea still managed to almost double their money on a player they did not want, who turned 30 later that year, to a club working under a transfer ban.

If you think £57m for a 29-year-old is a lot then you can understand Manchester City’s Harry Kane reticence.

It was presumably during an interminable European Super League group chat on WhatsApp that Barcelona and Juventus devised the harebrained scheme to exchange Arthur Melo and Miralem Pjanic. The former headed to Turin for £66m and showed only glimpses of his best form, while the latter moved the opposite way for a little less to reflect his seven extra years. After one indifferent debut season, Koeman has explained “I’m a coach who always gives a chance to young people” and “I prefer to have other players”.

In amid the ridiculous numbers is a fee that was a bargain a few months into the 21st century. Gabriel Batistuta could not come by a Scudetto in almost a decade with Fiorentina so Roma gave him the opportunity at the turn of the millennium and he embraced it like the angel he is.

Two Premier League goals. Three Champions League goals, including one off his hip to the hilarious detriment of Pep Guardiola. Thirteen goals in total, managing to just about exceed the millions of pounds spent in the first place.

Two more league titles, 101 goals in 133 games and back-to-back Serie A Footballer of the Year awards yet it is still unclear whether Juventus got a good deal from their attempt at activating a Champions League cheat code. They are further from winning that coveted European Cup than before and the sheer financial burden such wages place on a club have prevented a proper rebuild. But something something shirt sales something.

David Sullivan might listen to his offspring next time but West Ham did actually manage to make most of their money back on Jose Fonte thanks to some Chinese Super League finances. Not sure anyone expected him to win Ligue Un at any point thereafter.

Roma were flush with Alisson cash in the summer of 2018 so decided that bringing in a Serie A journeyman back-up keeper in his mid-30s was sensible and quite frankly we are not here to argue.

A reminder: Ronaldo will move to Manchester United for £12.9m up front and a possible further £6.9m in additional clauses. He might carry the obvious burden a little better.

Saint Harry Kane is a douche and that’s confusing…

The record scorer and closest current star for every PL club