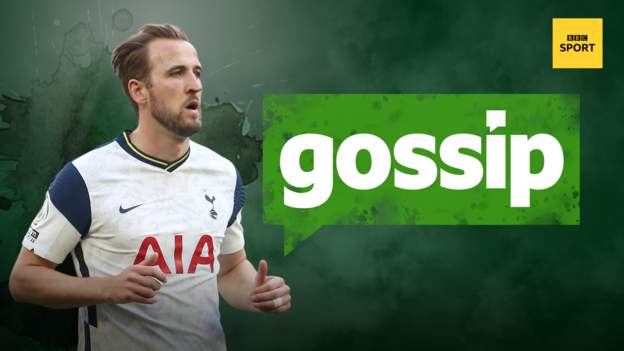 Argentina striker Sergio Aguero, 32, has agreed a two-year deal to join Barcelona when his Manchester City contract expires at the end of the season. (Guardian)external-link

Arsenal defender Sead Kolasinac, 27, is set to leave the club this summer, with Schalke and Lazio leading the chase for the Bosnia and Herzegovina international. (Football.London)external-link

Arsenal and Aston Villa have renewed their interest in Norwich’s 24-year-old Argentine playmaker Emiliano Buendia, who is valued from £35m to £40m. (Sky Sports)external-link

Wolves are in talks with former Benfica manager Bruno Lage about succeeding fellow Portuguese Nuno Espirito Santo, who will step down after Sunday’s game against Manchester United. (Guardian)external-link

Wolves are looking at Portuguese Paulo Fonseca, who will leave Roma this summer. (Mirror)external-link

Tottenham will try to persuade Leicester boss Brendan Rodgers, 48, to become their new manager if the Foxes fail to qualify for the Champions League. (Sun)external-link

Tottenham’s on-loan Wales winger Gareth Bale, 31, is considering retiring when his Real Madrid contract expires at the end of next season. (AS)external-link

Leeds are expecting to receive offers for 27-year-old Spain defender Diego Llorente this summer but have no intention of selling him. (Football Insider)external-link

Leicester are leading the race for Celtic striker Odsonne Edouard, although Arsenal, Newcastle and Aston Villa are also keen on the 23-year-old Frenchman. (Daily Record)external-link

Incoming Roma boss Jose Mourinho has warned Manchester United that he will not pay over the odds for 32-year-old Serbia midfielder Nemanja Matic. (Corriere dello Sport via Mirror)external-link

Highlights: Linfield too strong for Larne in Irish Cup decider