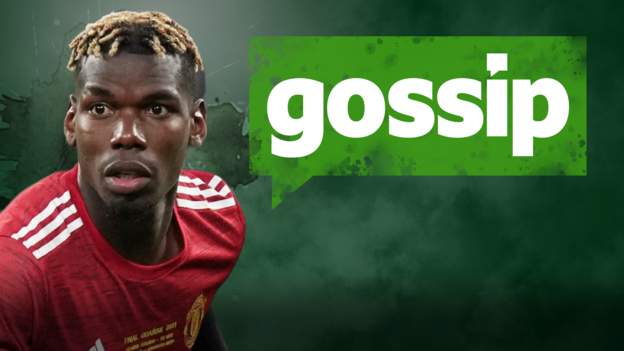 Juventus have rejected an £86m bid from Liverpool for Italy winger Federico Chiesa. The 23-year-old joined Juventus on an initial two-year loan in October 2020 before a potential permanent move from Fiorentina.(Repubblica)external-link

Arsenal, Tottenham and Everton are all considering a move for Argentina forward Joaquin Correa, 26, who is expected to leave Lazio this summer. (Corriere dello Sport)external-link

France forward Antoine Griezmann, 30, would only be willing to leave Barcelona if he could return to former club Atletico Madrid. (Sport)external-link

Juventus vice-president Pavel Nedved says Portugal forward Cristiano Ronaldo, 36, will stay with the club. Ronaldo has one year left on his contract with the Serie A side and has been linked with leaving them. (Sky Sports Italia, via Football Italia)external-link

England captain Harry Kane, 27, is to miss start of Premier League season after his exertions at the European Championship. The Tottenham forward favours a move to Manchester City.(Telegraph)external-link

Arsenal hope to confirm the £50m signing of England defender Ben White, 23, from Brighton after his medical this weekend. (Mail)external-link

The Gunners are also looking at the possibility of signing Switzerland midfielder Denis Zakaria, 24, who has expressed a desire to leave Borussia Monchengladbach. (Mirror)external-link

Crystal Palace are closing in on a £20m move for Lyon and Denmark defender Joachim Andersen, 25, and remain in talks over a deal for Schalke and Turkey centre-back Ozan Kabak, 21. (Mail)external-link

Watford have had a £15m bid for Adam Armstrong, 24, turned down, with Blackburn holding out for £25m for the former England Under-21 forward. (Sun)external-link

The Hornets’ long-serving captain Troy Deeney, 33, was called ‘Tom Deeney’ on the teamsheet for Saturday’s friendly against West Brom. (Sun)external-link