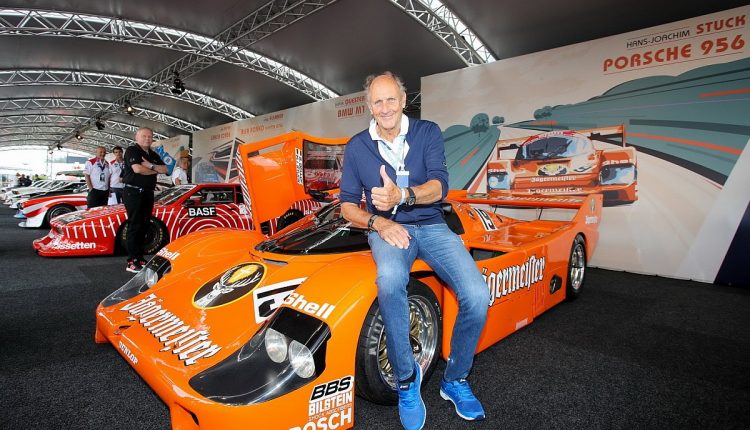 The former March, Brabham, Shadow and ATS Formula 1 racer will make his first racing appearance since 2017 at the wheel of a KTM X-Bow GT2, specially developed for the am-focused series created for high powered machines not as reliant on downforce as GT3 cars by prolific GT racing promoter SRO.

Stuck, who won the 1986 and 1987 editions of the 24 Hours and the 1985 World Sportscar Championship for Porsche, will share one of four Reiter Engineering-entered machines with Austrian driver Kris Rosenberger.

The X-Bow GT2 is powered by a 660 bhp five-cylinder turbo-charged Audi engine and weighs 1048 kg.

It will be pitched against 11 cars in two 50-minute races for Silver and Bronze-graded drivers on the support bill for the season-opening GT World Challenge Europe Endurance Cup race for GT3 cars.

Lamborghini will also be represented with two Huracan Super Trofeo GTs, including one that will be driven by British GT race-winner Jordan Witt for the British Toro Verde GT squad.

“Even if it may look like a modest start with a grid limited to 12 cars, including an invitational Ferrari Challenge entry, I’m really pleased that we are finally able to launch the Fanatec GT2 European Series this weekend,” said Ratel.

“It’s very encouraging to see all four homologated GT2 models already on the entry list at the first event, and I believe the high-speed Monza circuit will give the drivers an opportunity to show these fantastic cars at their best.

“I’m confident in the GT2 categories’ development from here, as it represents a very competitive cost to performance ratio in the world of GT Racing. I would like to thank the pioneer manufacturers, teams and drivers who are helping us launching it this weekend.”

Stuck officially retired from racing after contesting the 2011 Nurburgring 24 Hours with sons Ferdinand and Johannes. He served as the president of Germany’s motorsport federation the DMSB for two terms between 2012 and 2020 and has regularly served as a steward at Formula E race meetings.

But the 1990 DTM champion has made select one-off driving appearances in the intervening years – including in a VW Scirocco R-Cup race at the Red Bull Ring in 2013, and in the Audi TT ‘Race of Legends’ at Hockenheim in 2017.