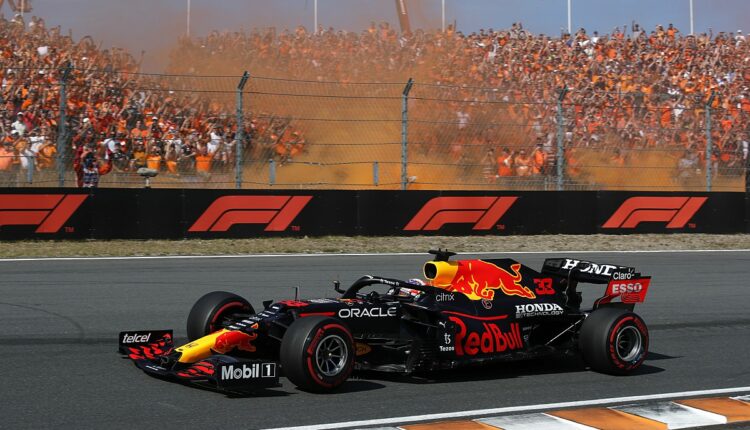 Verstappen scored a dominant victory in Sunday’s Dutch Grand Prix to move back into the lead of the F1 drivers’ championship, keeping title rival Lewis Hamilton at bay throughout the race.

Red Bull ran a two-stop strategy and reacted to both of Mercedes’ attempts to undercut Verstappen with Hamilton, clinching him a popular victory in front of over 70,000 fans in the first Dutch Grand Prix since 1985.

Verstappen got out of his car to roars of support from the grandstands after the race, and was draped in a Dutch flag on the top step of the podium as the national anthem rang out.

“I know the fans always have high expectations when you come here,” Verstappen said.

“They of course want you to win, but it’s never that straightforward before you get here.

“I think you have seen this whole year already, when Mercedes and us have been really close to each other, and yeah, [you have] to deliver at the end of the day.

“Of course I’m very satisfied already with pole, but then also to win the race… What was crucial today was first of all the start, and then throughout the race, just managing that gap that they couldn’t undercut us.

“But an incredible feeling of course to win in front of the fans, but also the King was watching with the family. Just an amazing day.” 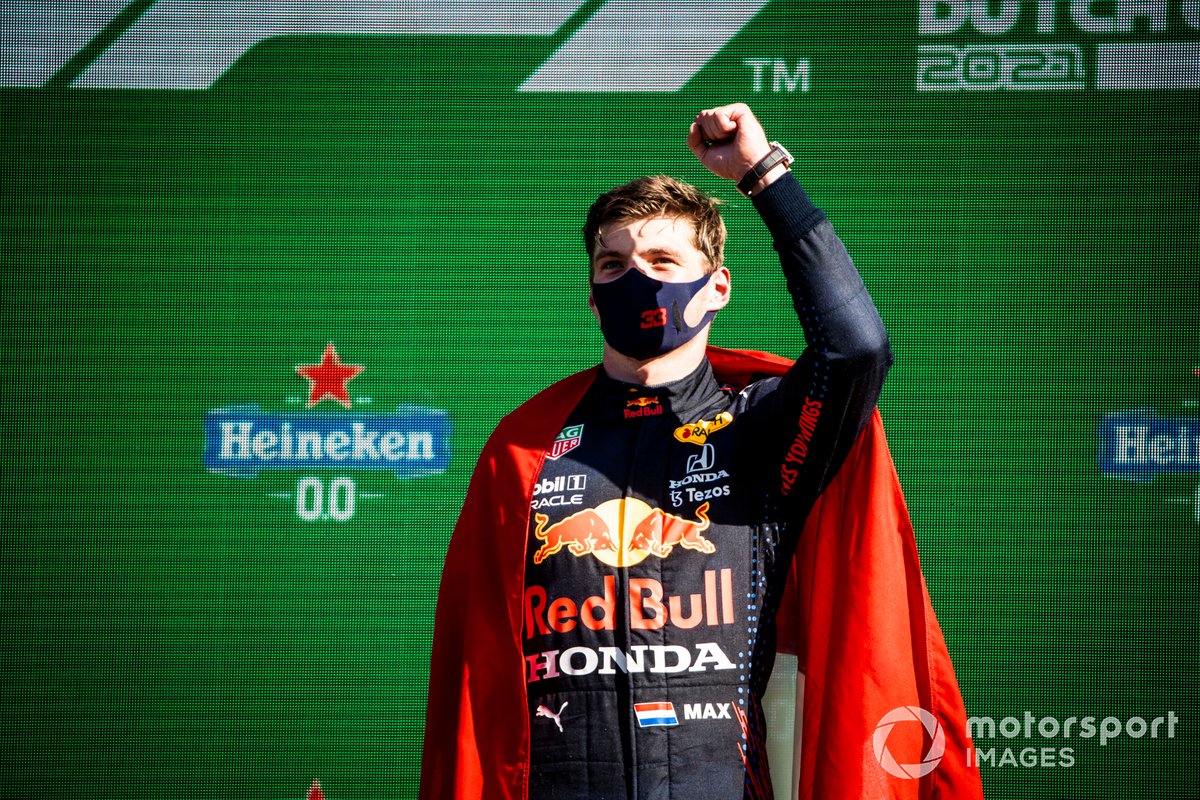 But Verstappen said he had been able to stay “very focused” amid the added media commitments and duties throughout his home race weekend.

“I know that I have to focus on the driving,” Verstappen said. “That has been quite straightforward but of course naturally there are more distractions, especially when you are on the grid and drive out, there is more of a crowd.

“I think we are professional enough to just focus on our job once we are in the car.”

Mercedes was surprised by Red Bull’s decision to move Verstappen onto the hard tyre for the third stint of the race, having hoped the team would attempt a long run on softs.

Hamilton lurked within two seconds of Verstappen at points during Sunday’s race, but he was never close enough to attempt a move.

“The whole race, it was quite close between myself and Lewis,” Verstappen said. “He was really putting the pressure on, keeping, he was putting some great laps.

“I think also after the final stop, I think at one point on that medium tyre, and I was on the hard tyre. But luckily it was enough in the end.

“72 laps around here pushing, it was satisfying. Yeah, it was cool.”

Haas: Not one side to blame in latest Mazepin-Schumacher F1 clash