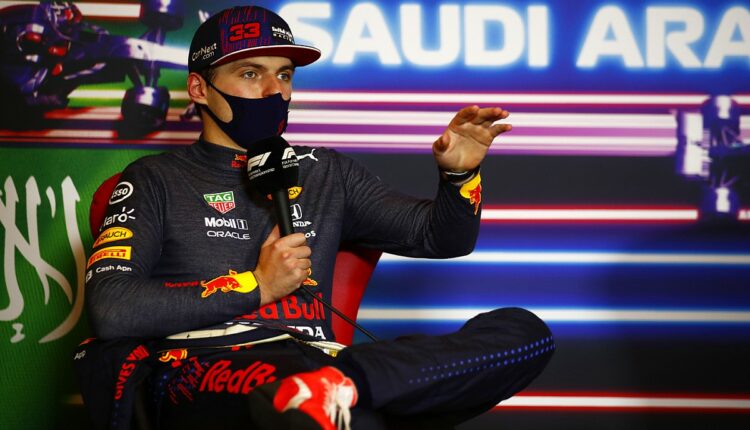 Verstappen and Hamilton were involved in a number of incidents through Sunday’s race at the Jeddah Corniche Circuit.

Verstappen was handed a five-second time penalty for going off-track and gaining a lasting advantage in his fight with Hamilton, but the two collided when Verstappen slowed to give Hamilton back the position.

Hamilton called the move “sudden”, but would go on to be given the lead and win the race, leaving him tied on points with Verstappen going into the title decider in Abu Dhabi.

The stewards confirmed they would be investigating the incident after the race, and announced at 1:36am in Jeddah that Verstappen had received a 10-second time penalty for causing a collision.

Verstappen was told by Red Bull to give the lead back to Hamilton “strategically” ahead of the final corner to ensure he had DRS for the main straight, giving him the chance to get the place back.

The stewards said Verstappen “slowed significantly at Turn 26” but that it was “obvious that neither driver wanted to take the lead prior to DRS detection line 3”.

Verstappen told the stewards he was unsure why Hamilton had not overtaken him, while Hamilton said he was not aware that Verstappen was handing him the place back.

But the decisive point of information for the stewards was that Verstappen’s sudden braking move resulted in 2.4g deceleration, which they deemed to be “erratic and hence the predominant cause of the collision”.

“Hence the standard penalty of 10 seconds for this type of incident, is imposed,” the bulletin ends.

The penalty has no bearing on the final classification, though, as Verstappen finished 16 seconds clear of Valtteri Bottas in third place, meaning the Red Bull driver keeps P2.