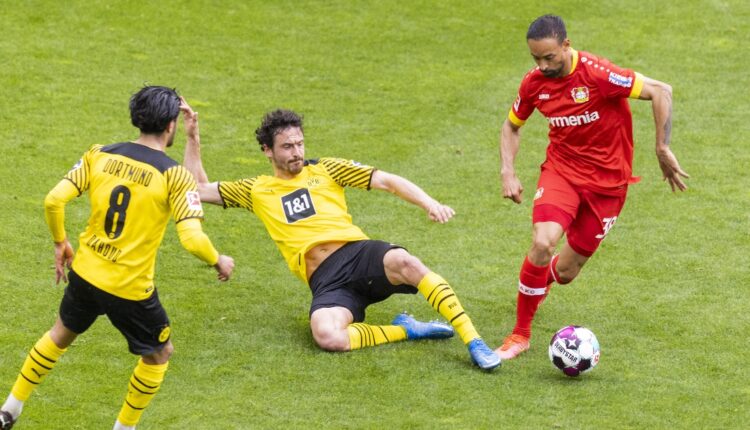 AS Roma have turned their attention to Borussia Dortmund midfielder Thomas Delaney after a move for Arsenal’s Granit Xhaka fell through.

Xhaka had been Jose Mourinho’s clear first choice in the transfer market, but due to limited funds his new club were unable to meet the Gunners’ €20million asking price.

Reports in June suggested he had agreed personal terms with the Italian side, but it now looks like the Switzerland captain will remain in north London.

Lukaku return? No Haaland, no party for Chelsea

Also, Arsenal boss Mikel Arteta has closed the door on the 28-year-old’s exit, saying: “Granit is going to stay with us. He is a key member of our squad.”

Furthermore, it was reported last week that the Gunners were preparing a fresh contract offer for the Swiss.

Roma will attempt to bring in Danish international Delaney as an alternative to Xhaka, according to Bild and Calciomercato (via Football Italia).

He is valued at around €10m which is ideal for the Serie A outfit due to their financial troubles.

Mourinho will be hoping to get him for less, however, with the Dortmund man’s contract expiring next summer.

The midfielder has six goals in 60 matches for his country, helping them reach the Euro 2020 semi-final with a crucial goal against the Czech Republic.

Delaney scored one goal and provided five assists for BVB last season in all competitions.

His current club have had an indifferent transfer window so far, replacing Jadon Sancho with Donyell Malen and looking to hold on to Erling Haaland, as opposed to cashing in this summer.

Chelsea, Barcelona, Real Madrid, Man City, and Man United have all been linked with a move for the prolific striker but the champions of Europe are in pole position to sign Haaland.

Dortmund are likely to get around £150m for the Norway international this summer, however, the German club are wanting to hold onto him despite a clause in his contract being activated next year which will allow him to walk away for around half that fee.

Haaland has been excellent since breaking onto the scene, scoring 86 times in as many games for his previous club, RB Salzburg and BVB combined.