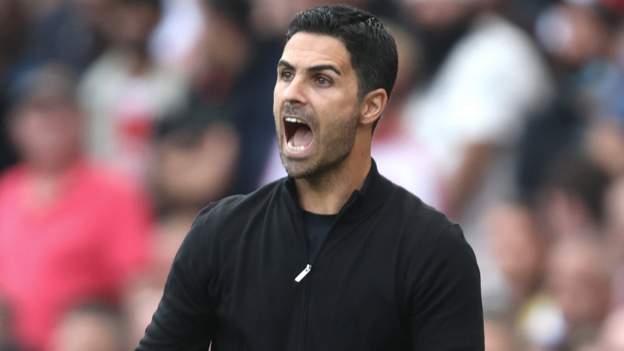 Arsenal 1-0 Norwich: Mikel Arteta describes ‘best 10 days of my professional career’Mikel Arteta says he has learned from the past two weeks after Arsenal finally got their season up and running with a win over Norwich City.

Pierre-Emerick Aubameyang’s goal earned them their first points of the season.

Arsenal had gone into the international break bottom of the table after losing their three opening games of a league season for the first time since 1954.

“I must say it has probably been the best 10-14 days I have ever had since I’ve been in football,” said Arteta.

Arsenal finally end goalless run and claim first win of seasonEverything you need to know about Arsenal, all in one placeThe Spaniard had started to come under pressure following the poor start to the season.

But he insists the work done by the club over the past couple of weeks has seem him rediscover his purpose.

Having lost their opening two games 2-0 against Brentford and Chelsea respectively, the Gunners were thrashed 5-0 at Manchester City.

They responded with a narrow win over Norwich which left Arteta feeling “emotional”.

“After three defeats things get complicated,” he added.

“They were ready to suffer today but they just give, give, give to the team.

“You have to win football matches but it is a joy to watch how everyone was behaving around the context that we had around.

“I got pretty emotional to see that.”

Arsenal visit Burnley on 18 September before their Carabao Cup third round game at home to AFC Wimbledon on 22 September and the north London derby at home to Tottenham on 26 September.